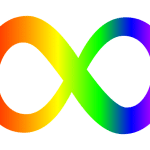 One in 68 U.S. children has an autism spectrum disorder, a 30% increase from 1 in 88 two years ago, according to the Centers for Disease Control and Prevention. Scientists have taken the first steps towards what they say could become a new blood and urine test for autism. A study at Rensselaer Polytechnic Institute tested children with and without the condition and found higher levels of protein damage in those with the disorder. The researchers said the tests could lead ultimately to the earlier detection of the condition, which can be difficult to diagnose. While prior research often focused... Read More