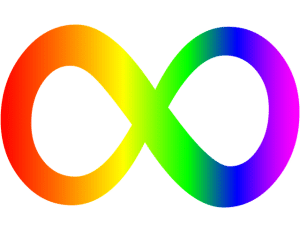 Image is courtesy of Pixabay.

One in 68 U.S. children has an autism spectrum disorder, a 30% increase from 1 in 88 two years ago, according to the Centers for Disease Control and Prevention.

Scientists have taken the first steps towards what they say could become a new blood and urine test for autism. A study at Rensselaer Polytechnic Institute tested children with and without the condition and found higher levels of protein damage in those with the disorder.

The researchers said the tests could lead ultimately to the earlier detection of the condition, which can be difficult to diagnose. While prior research often focused on single metabolites or biomarkers, this new process measures 24 separate metabolites from a blood sample and, through a complex algorithm, can allegedly determine whether an individual is on the autism spectrum.

It is important to note that the specific metabolites and pathways examined by the research have not in any way been definitively connected to ASD. There is also concern that many other behavioral disorders, such as epilepsy, could be related to these similar biomarkers, leading to misdiagnosis.

The next step was to replicate the study’s findings in other groups.  Researchers looked at 5-12 year olds for this study.  Now researchers will likely look at younger children, as autism is typically diagnosed at around age two.  Researchers will also be looking to test a larger population to validate that the test is effective as a diagnostic tool.  The tests could eventually reveal factors that cause autism.

Andrea Groth
Andrea wants to live in a world where the neighborhoods are walkable, bike lanes are plentiful, and the food is fresh, delicious and readily available. A 20-year veteran of the health and wellness industry, she started her career in the fitness industry while earning a master’s degree in Exercise Science and Health Promotion, and then on to the burgeoning field of worksite wellness. Andrea has competed in collegiate level soccer, worked as a personal trainer, fitness instructor, wellness coach, and master trainer, climbed 14ers, and completed cycling centuries and metric centuries. All of these experiences give her the opportunity to view well-being from many different perspectives. When she’s not helping others to be their healthiest self, you can find her at a farm to table restaurant, down dogging at the yoga studio, or experiencing the Colorado landscape on a bicycle, snowshoes, cross country skis or on foot.
Tagged: ASDAutismAutism test