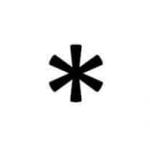 An asterisk.  Look up the definition in Webster’s and you will find it described as the following: the character * thought of as being appended to something (such as an athletic accomplishment included in a record book) typically in order to indicate that there is a limiting fact or consideration which makes that thing less important or impressive than it would otherwise be. In sports, the asterisk first made a splash in 1961 after Roger Maris set a single-season home run record with 61, passing the legendary Babe Ruth’s mark of 60 set back in 1927.  The issue was that Ruth hit his 60 home... Read More