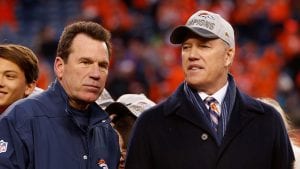 When John Elway hired Vic Fangio as the Denver Broncos new head coach and Ed Donatell as the new defensive coordinator, it looked as if Elway had searched endlessly to turn the Bronco defense into our own version of the Monsters of the Midway. Adding Rich Scangarello as the offensive coordinator appeared to be the long-lost answer to the struggling offense as the former 49ers coach will most likely bring a new scheme and a new system to spark the team. A tireless search of numerous candidates, countless hours, countless interviews—the process must have been grueling and extensive.

Not really. It probably took about six moves.

Six degrees of separation, or six degrees of Kevin Bacon, if you prefer; the concept is the same.  Name one person, one obscure actor, or one 1997 Superbowl-winning head coach, then try to figure out how to associate another person with them in six moves or less. 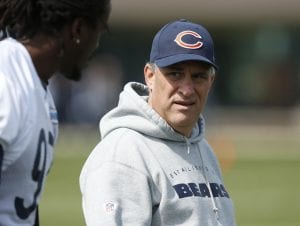 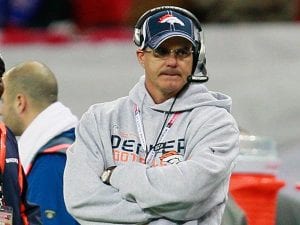 What about Joe Woods?  Our last defensive coordinator?  Woods worked with ex-Bronco Dennis Allen in Oakland, Bill Musgrave in Minnesota, Vance Joseph, Gary Kubiak, and is now with Kyle Shanahan in San Francisco.  That should be easy. 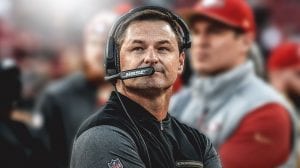 Mike McCoy is a fun one.  Mike was an offensive coordinator when Josh McDaniels coached Denver, along with fellow staffers Adam Gase and Ed Donatell.  He worked for Fox, and with Dennis Allen. McCoy worked with Musgrave, Joseph, and Joe Woods. 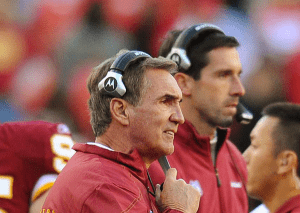 Wade Phillips not only led the Bronco defense to a Superbowl, but he worked under Gary Kubiak in Denver, took over for Gary Kubiak in Houston, where his secondary coach was Vance Joseph.

And wasn’t Kyle Shanahan the offensive coordinator for Gary Kubiak in Houston?

Elway began his search like he always has.  Who can run a Mike Shanahan-type of offense?  Mike, himself, is not coming back. Kubiak didn’t work out and is off to Minnesota.  Kyle has a job already. And McCoy, Musgrave, Gase, and others have been recycled over and over again.  So, Elway got the next best thing. Kyle Shanahan’s QB coach. As for Vic Fangio? I guess Greg Robinson wasn’t available. 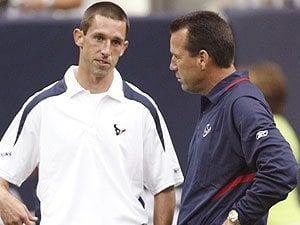 Six degrees of separation may be a little too easy.  In a league searching for the next Sean McVay, it seems that Elway prefers anyone from the 1997 Superbowl team, the 2015 Superbowl team, or Mike Shanahan’s rolodex. The more things change, the more they stay the same.

Alan Tapley
Alan Tapley is an educator, author, and blogger who has lived just outside of Boulder for the last twenty years.  His published work includes two novels, two children’s books, a series of cartoons in the Minneapolis Star-Tribune, and multiple sports related articles. His love for family and the state of Colorado is only matched by one thing, his passion for sports.  The first baseball game he ever attended was at Wrigley Field, before there were lights.  At the final Bronco game at the old Mile High, he allegedly cut out a piece of his seat in the South stands.  But regardless of being here for the Avalanche’s last Stanley Cup, the Rockies only World Series appearance, and all the Broncos’ Super Bowl Victories, his wife never fails to remind him that he wasn’t at the University of Colorado in 1990, like she was.  The year the Buffs football team won the National Championship.
Tagged: Adam GaseBill MusgraveChicago BearsDennis AllenDenver BroncosEd DonatellGary KubiakJoe WoodsJohn Elwayjohn foxJosh McDanielsKyle ShanahanMike ShanahanMinnesota VikingsNFLRich ScangarelloSan Francisco 49ersVance JosephVic FangioWade PhillipsWashington Redskins