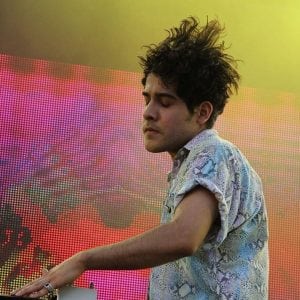 Shred fest is here with its inaugural and soon to be annual rail jam/beer fest/concert extravaganza. Presented by POW (Protect Our Winters), Shred Fest is a huge event to raise awareness and combat climate change, so we can all keep doing the winter activities we love. It’s also a great opportunity to enjoy some live music, sip a few beers, sample some food truck cuisine, and of course, there’s the rail jam.

Shred Fest will take place on Saturday, October 6th starting at 2 p.m. The rail jam will be at Ruby Hill Park, 1200 W. Florida Avenue in Denver. I’m not allowed to enter rail 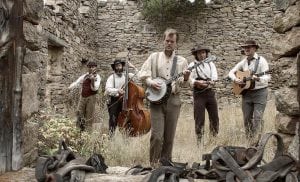 jams in the lower 48 states, but you can watch fifty other skiers and snowboarders show off their skills and compete for $2000 in prizes. After the rail jam, be sure to check out the sponsor village, with tons of vendors and a chance to check out the latest gear from Nightmare Development and Satellite Boardshop. The rail jam isn’t the only contest going down on Saturday. It might not even be the most dangerous. 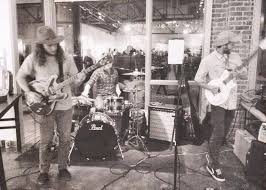 There’s also a lumberjack competition. You read that correctly. CSU will compete against UM in a variety of woodcutting events. Word on the street is the ringer for UM says he can cut clean through a blue spruce in a single swipe, with CSU claiming ponderosa pine isn’t fit for CAM the Ram’s log cabin. Needless to say, the competition will be burly. When you’ve gotten your fill of flannel, the beerfest has 20 local breweries to explore.

The night will culminate in a concert at Levitt Pavilion featuring DJ Neon Indian, Rapidgrass, The Kinky Fingers, and Reason the Citizen. Dj Neon Indian has been on record labels across Europe, Japan, Australia, Mexico, and the U.S. He’s been bringing acousmatic/pop to fans worldwide for the last decade and is a seasoned festival pro. Rapidgrass is a local bluegrass band we all know and love by now. They’re currently on a tour and just returned from 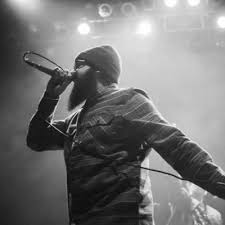 Ireland and France. After a few stops in the U.S., they’re continuing on to Canada. The Kinky Fingers put a modern spin on melodic 50’s surf rock and soul music 60’s style. You may have seen them at local spots like Lost Lake or the Larimer Lounge. Reason the Citizen is a Denver rapper making it big. He’s performed with guys like Lupe Fiasco, Brother Ali, and Grieves. Last month he dropped an awesome song in collaboration with Minor Music and I can’t wait to see him live.

All of this was made possible through the Colorado based non-profit POW. Started by pro snowboarder Jeremy Jones, they aim to combat climate change and its effects on our mountains through education, advocacy and community outreach. You can get more information and find out how you can contribute at protectourwinters.org.

Jared Herzing
Jared is a local content contributor and aspiring author. He was fortunate enough to grow up in Golden, Colorado and graduated from MSU Denver. While an insatiable love of travel lures him all over the world, his roots remain firmly planted here. He enjoys writing short stories, poetry, children's books, societal observations, and everything else. A nature enthusiast and sunshine connoisseur, Jared is perfectly at home on any mountaintop or patio. He frequents art galleries and concerts, poetry readings and breweries, museums and bookstores. When he isn't making neighbors cringe at his musical attempts he can be found on a snowboard or sailboat, depending on the day. A perpetual adventurer and eternal patron of the road less traveled.
Tagged: beer festbluegrass bandclimate changeconcertCSUDJ Neon IndianJeremy JonesLevitt pavilionlocal brewerieslumberjack competitionNightmare developmentPOWProtect our Wintersrail jamRapidgrassReason the Citizenruby hill parkSatellite BoardshopShred Festsponsor villageThe Kinky FingersUM