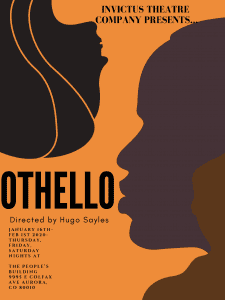 So, Othello is one of Sheakespeare’s plays. Billy the Bard himself wrote this rag hundreds of years ago and we just can’t get enough of it. You see, we’re still all f—ing and fighting and all hot and bothered about women making their own choices about who to f— and we get especially uptight when pale-skinned women decide to f— less-pale menfolk. Here’s how the story goes, basically.

Othello is a black dude who lives in Venice a long time ago. Desdemona is a hot, white chick who also lives there. She catches the feels for him and they elope or something, but anyway, her dad thinks that this is the pits and that she, being female and all, really shouldn’t be making decisions for herself, what with that pesky uterus influencing all her choices. So he gets mad and goes out chasing around for the newlyweds. Othello and Desdemona are supes totally in love. The other dude who hates this is Iago, who’s got a beef because Othello is his boss and he promoted someone else, a squirmy pest named Cassio, instead of him. Roderigo is also majorly depressed because he’s in love with Desdemona, too, and she doesn’t give a shit about him, which is a lousy thing we’ve all felt. Iago, being the pile of shit that he is, sets up a switcheroo with a bandana that makes Othello think that Desdemona is Desde-bone-ing with Cassio. Othello chokes Desdemona–not in the sexy way, but totally in the wife-murdering way–until she’s all the way dead. Then Iago’s wife freaks out about this and Iago kills her, too, because that’s what happens to bossy women. Othello kills himself now, making it a total murder-suicide, and Iago lives, but has a limp afterward. 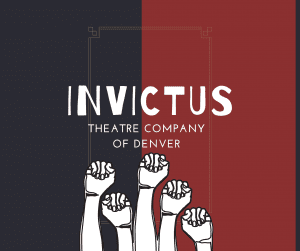 Invictus Theatre Company is doing Othello at the People’s Building in Aurora on East Colfax. I watched it. They had a guy playing Othello and he had some great dreadlocks swinging around, which made me think that he had some game, but then I watched him touch Desdemona like maybe she was a pufferfish and then I thought that probably he’d never actually had sex or anything because he clearly didn’t know what was going on. Sometimes he had rings with long chain on his fingers and sometimes they were in his mouth and I don’t know why.  Desdemona wasn’t helping that much with the sex part. Maybe she couldn’t help because she was wrapped up like a corn dog in a ginormous duvet that I’m pretty sure I saw in the bedding section of the Goodwill across the street last week. I guess they didn’t have any other dresses for her.

I couldn’t understand most of the talking. At first I thought that maybe Iago had a speech problem, but it turns out that he’s just French, which is almost the same thing. He’s also a total asshole for no particular reason, and that’s pretty French, too. Sometimes everyone started singing, which didn’t seem like it needed to happen, but it kept happening anyway. There was a clown with horns attached to his head and a puppet, which is basically the same routine that Sean Spicer used to do, except that *he* had a better-fitting suit. Desdemona knew all of her words and said them out loud all in a row, but it didn’t seem sexy. She sounded a lot like the Applebee’s waitress who tells me what kinds of salad dressings I can get, but mostly I can tell that she hates her job and her feet hurt.

I totally didn’t believe that Desdemona and Othello wanted to f—. I’m pretty sure that neither knew how to get to second base and maybe they thought that dry lip-smooching is the same thing as baby-making, but they’re really wrong and nobody told them any different. I guess if I were Desdemona’s dad super racist and really pissed off about her banging a black dude, then I wouldn’t give her sex tips either. Mostly, I wanted to see Roderigo and Iago get it on. If anybody on the stage had the guts to get the deed done, it was those two because Iago is mean and Roderigo is desperate and that usually makes things happen. They never did, though, because that would have been interesting and nothing interesting ever happened. After another round of singing, they brought out a candelabra, which I was glad to see because it was really dark in there and the candles had more action going on than the people anyway.  I was sad when they took it away again because that was the most interesting thing to watch all night, but it still would have been better if I were stoned.

There was a lot of shouting going on after the bandana business and eventually all the women died, but I didn’t really care that much anymore, which is weird because I usually care a whole lot about women getting killed. Maybe this was because they were boring or maybe this was because I just couldn’t see them much. The program had some dude named as the lighting director, but the only light I could see was really yellow and just turned off and on a few times. I guess they ran out of other colors or something. I don’t count the candelabra because they didn’t let us keep that. Cassio had a man-bun that kept getting frizzier and frizzier, which would be ok except that it made him look like he was wearing a halo like Gabriel with the yellow lights shining through it and I don’t think that was supposed to happen.

It’s really weird that these people would do Othello as their first thing. I mean, it’s great and all, but kind of a lot to handle and it seems like the talking is an important part and really hard to do. I guess we all start somewhere.

Jessie Hanson
Jessie Hanson lives and works in Denver and couldn't be happier about it. Like the best-possible kind of Jekyl-and-Hyde scenario, she splits her life between science and storytelling. During the day, she performs clinical diagnostics and messes around with test tubes. At night, she performs behind the mic as a standup comedienne, in the air as a circus aerialist, and in rhinestones as burlesque dancer. She begrudges the hyper-inflated cost of a decent pair of false eyelashes. When she's not on stage, she sweating it out as an endurance athlete in triathlons and marathons across the West. She begrudges the hyper-inflated cost of a decent pair of running shoes. She's thrilled to be on board with OnDenver and writing about science, comedy, circus, athletics, and general fun on the Front Range!
Tagged: community theaterOthelloPlayshakespearetheater