Life is full of limits. Perceived or real, we find them everywhere we look. Society places a significant amount of them on us and if those aren’t restrictive enough, we place even more on ourselves. Have you ever told yourself you’re too old, too slow, n 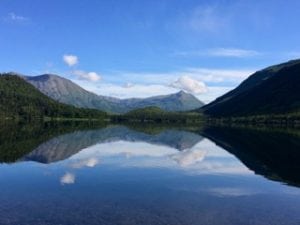 ot smart enough, or you don’t have the time? These are self-imposed limitations and more often than not, they’re illusionary. They lack the credibility most societal limitations are based in but are far more debilitating to our actions. Nearly everything we use or do in our daily lives has a prescribed or perceived ‘limit.’ In certain circumstances limits are in our best interest of self-preservation and people with significant amounts of education have done extensive research determining how much of X is safe and acceptable. These are the types of limits we should readily accept; the ones intended to prolong life so that we can push our perceived mental and physical limits.

On a daily basis, societal limits have contributed to far too many of us flat out accepting what we’re told. We have given external voices positions of authority over us. We have become conditioned by limitations. Subsequently, we listen to and believe what other, entirely disconnected people tell us; that we’re not capable of doing something because we’re not smart enough or we’re not athletically gifted enough. Instead of questioning the validity of this individual’s message, we tend to accept it as fact. For some inexplicable reason, we listen to a voice with no merit or understanding of who we truly are, or our innate passion and ability. Consequently, we never chart course for our desired destination because someone is whispering in our ear, programming us to fear setting out on the journey, pushing ourselves further. What has someone done to assume a position of authority over us to dictate what we’re capable of doing and how much of it we’re willing to take? In these instances, we are letting others put their limits on us. Make no mistake, these are not our limits. These limits they tell us we have are in fact the limits they truly possess and are attempting to project onto us. They have the limitation of not being able to see us becoming what we are fully capable of and more dangerously, they have the limitation of being able to support us. When we listen to them however, we’re allowing their actions and words to build a prison of fear within us that prevents us from moving forward, keeping us where we are at.

Unfortunately, there’s an even more dangerous person out there and that’s the person who’s lost the ability to identify with their inner self. For some reason, they’ve become disillusioned, they’ve become a defeatist, a saboteur of self; a lost, misguided soul. At the first sign of struggle, they call it quits. They say it’s too hard or they think they’re not smart enough. No one is whispering in their ear; the poison is coming from within. They listen to the little voice that suggests this is their breaking point. They don’t dare to push themselves further and find out what’s on the other side of the wall. They tend to become content.

Limits can be externally or internally placed on us and they are ever present. It’s not until we push ourselves past our perceived limits that we find out what we’re truly capable of and who we truly are at our core. If we stopped at the first sign of adversity, we’d still be running around slinging spears, starting fires with sticks and chucking rocks. We’re where we are today because of those who’ve come before us, who pushed themselves past perceived limitations, giving us everything good, bad and ugly that we have today. Pushing one’s self-past perceived limitations is where greatness is achieved. It’s how diseases are cured, where technological developments that greatly benefit society are born, where meetings take place that prevent wars. Ultimately it is how life on this planet is furthered. Each of us was given gifts to contribute to the greater good but they’re flat out unattainable when we listen to others who tell us we cannot, or when we call it quits because it’s too hard, it hurts a little more than we like, or no one is giving it to us. 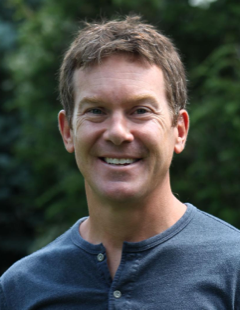 Thomas Muir
Tommy spent six and a half years in the Marine Corps as an infantry officer, holding numerous leadership positions and doing multiple combat deployments. Upon leaving the service, he worked with multiple nonprofits, helping wounded service members and veterans recover through cycling and triathlon. This work deeply resonated with him and led him to pursue a Master of Arts in sport psychology. Working in this capacity, Tommy embraces the wise words of Henry Ford, who once said, “If you think you can or you think you can’t, you’re right.” Henry Ford was talking about mindset. Mindset is everything. The way we think, the way we interpret sensory information, and our ability to thrive in complex environments are all determined by our mindset. It grounds our approach. It either helps us get where we want to go, or it is what is holding us back. With this understanding, Tommy works with athletes, performers, and business professionals, to hone their mindset, enabling them to find the results commensurate with their innate abilities. Tommy is an active endurance athlete residing in Boulder, and can be found on the roads, trails, and pools in the local area. https://www.mindsetelevated.com
Tagged: abilityachievementsexternalinternallimitationsLimitsmindful mondayMotivationovercoming fearprison of fearself-preservationSuccesstalents