Home » Sponsored Blogs » Is Traveling With Marijuana Illegal in 2018?

As weed became legal in several more states this year, you can now legally consume it in 9 states including California, Alaska, Colorado, Maine, Massachusetts, Nevada, Oregon and Washington, and Vermont, many more having it decriminalized. However, that doesn’t mean that the laws and regulations regarding airline travel and marijuana have changed.

Since cannabis is still a controlled substance under federal law, just like cocaine or heroin, the simple answer regarding the legality of transportation of marijuana by air is no. Even if you purchased your weed legally, TSA’s screening procedures are governed by federal law, which means that as soon as you’re past the security checks at the airport, you’re no longer legal. However, TSA’s primary objective is security and detecting various threats to other passengers and aviation, not sniffing out a couple of grams of weed that you might have in your carry-on. But, if the TSA agent finds marijuana on you or in your baggage, the policy is to treat it like any other illegal drug, which means calling in the local airport law enforcement. However, since you’re in a state where the possession of weed is legal, once airport law enforcement steps in, there’s a very small chance of you actually getting in trouble. All they would do is making sure you are within the legal quantity limit and then stand by while you decide what to do with it. TSA may not allow you to travel with marijuana, but since you’re in a state where possession is not a crime, the airport police cannot charge you with anything. However, it is still advisable to avoid risking it and dispose of the substance before reaching the security checks, or even before entering the airport, as some airports decided to ban cannabis property-wide.

Also, before you get any ideas, shipping weed from a legal state to a non-legal state is a big no-no, this will most likely get you arrested for possession and intent to distribute. If you’re found with marijuana in a state where it is not tolerated, remember that your medical card or the fact that you purchased it legally will have zero relevance. 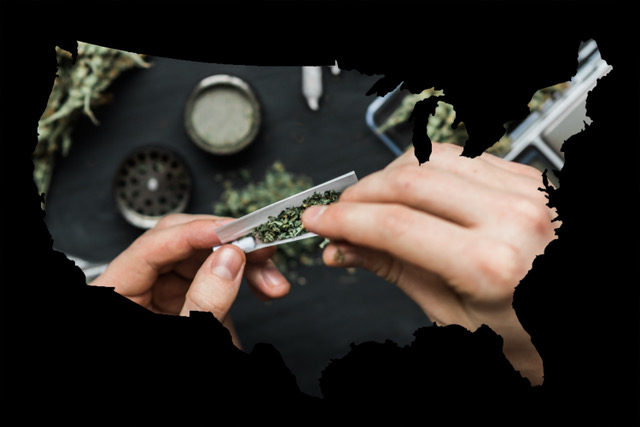 The man twists the canth from fresh marijuana

Another thing to watch out for is carrying while on national parks. Just like airports, national parks are primarily enforced by federal agents, which means that you could technically get in trouble if a park ranger finds you carrying it, however, the chances are really low. Federal agents are mostly concerned with people trying to manufacture and distribute the substance. Most likely, you’re just gonna have your weed seized and your trip will have to end sooner than expected.

Speaking of trips, a safe and legal way to experience the world of cannabis while on the road, is through weed tours – while it’s true that you won’t get too far away, that won’t make it any less of a “trip”. In fact, if you want to get an authentic taste of the weed culture in a particular region, this is the way to go. It’s the perfect way to celebrate the recently legalized recreational cannabis, whether you’re a local, or a less fortunate soul that lives in a state where weed is not yet tolerated very well. 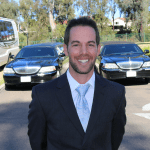 Michael Reifeiss is the owner and chauffeur at Aall In Limo & Party Bus, a successful limo company in San Diego organizing wine, brewery, and weed tours since 2005. If you’re looking for the best weed tours in San Diego that will make your friends jealous when they hear about it, Aall in Limo & Party Bus is dedicated to deliver. Whether you’re an experienced cannabis user looking for a complete marijuana vacation, a non-smoker looking to explore the business side of marijuana in San Diego, or simply looking to have fun with your friends while smoking weed in the back of a luxurious party bus roaming through the city, there’s a San Diego weed tour for you.