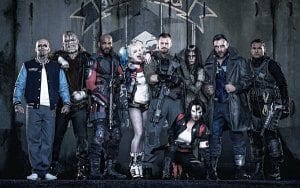 Once in a while, a movie changes everything. 2012’s The Avengers is one of those movies. During its theatrical run, it made over $1.5 billion dollars, and it became one of the highest-grossing movies in the history of cinema. It was the culmination of 5 other films, beginning with Iron Man in 2008, and due to mostly careful* planning over 4 years, it represented the triumph of Marvel Studios.

Naturally, Hollywood learned the wrong lessons. Instead of intuiting that audiences responded to well-defined and likable characters, studios came to the sketchy conclusion that audiences actually want shared cinematic universes. Universal Studios is currently sinking millions into their own universe containing famous monsters like The Mummy and The Wolfman. Being good capitalists, Warner Brothers wanted some of that sweet, sweet Marvel money. They were reminded that they owned DC Comics and had access to iconic characters that were just as compelling as Marvel’s. So they decided to create the DC Extended Universe.

2013’s Man of Steel was meant to both reboot the Superman franchise and kick off the DCEU. A moderate success, it emboldened the studio. Earlier this year, audiences were mercilessly pummeled by Batman v. Superman: Dawn of Justice. Reviews were scathing, and the film underperformed. With both a Wonder Woman film and a Justice League film pending release in 2017, something had to be done to get audiences excited again. That’s the real job of Suicide Squad. Unfortunately, it doesn’t quite get the job done.

Set after the “death” of Superman in Batman v. Superman, the U.S. Government is scared. Massively powerful Kryptonians leveled cities. A lunatic dressed as a bat beats the hell out of criminals with impunity. There’s nothing the authorities can do to curb this rising tide of madness. But Amanda Waller (Viola Davis) has a plan. She’s a member of ARGUS, a shadowy government group, and the answers to her problem reside at the notorious Belle Reve prison.

Waller creates Task Force X, a black-ops group made up of the worst supervillains ever. There’s Deadshot (Will Smith), a hitman who never misses. Harley Quinn (Margot Robbie) is a total lunatic and the girlfriend of The Joker (Jared Leto). Killer Croc (Adewale Akinnuoye-Agbaje) is an inhumanly strong crocodile man. El Diablo (Jay Hernandez) is a former gangbanger who can generate and control fire. Captain Boomerang (Jai Courtney) is a thief with a knack for, you guessed it, boomerangs. Enchantress (Cara Delevigne) is a hapless archaeologist possessed by a centuries-old witch. Last, and certainly least, is Slipknot (Adam Beach), a man possessing the ability to climb anything. Seriously.

So who’s in charge of this motley crew? That would be career soldier Rick Flag (Joel Kinnaman). Flag’s bodyguard is Katana (Karen Fukuhara), a pensive Japanese woman who wields an enchanted sword that absorbs the souls of those it kills. Theoretically, if the members of Task Force X undertake insanely difficult missions for Uncle Sam, time will be shaved off their prison sentences. However, if they try to run or go after their handlers, microscopic bombs implanted in their skulls detonate. Now, you might be asking yourself, “Isn’t using a bunch of hardened criminals to run secret missions a hilariously bad idea?” Yes. Yes, it is. But Waller believes that, by working with these nogoodniks, she’ll also achieve plausible deniability in case things go wrong.

Things do go wrong almost immediately when the Enchantress goes rogue. She undertakes an annoyingly vague mission to free the spirit of her brother and bring about the end of humanity. Now, you also might be asking yourself, “Even though she’s a hyperpowered extradimensional critter, wouldn’t the total destruction of Earth be, at the very least, inconvenient for her?” Yeah, probably, but the Enchantress isn’t great at long-term planning. I’m sorry to be the one to tell you, but we have yet another film where an ancient doohickey creates a swirling portal in the sky, and our so-called heroes must battle legions of poorly rendered CGI opponents. There’s also a frustrating subplot where The Joker decides he wants his girlfriend back.

A while back, Warner Brothers decided to throw some shade at Marvel. They claimed that, while all of Marvel’s films kind of looked the same and were producer-driven, Warner Brothers would be the home of auteurs. They would make superhero films created by filmmakers who could realize their vision. That’s why they hired David Ayer to write and direct Suicide Squad. Ayer’s not a bad choice. He wrote the excellent Training Day and directed the morally gray End of Watch and Fury. He specializes in characters who live on the dark end of the street. Homeboy should knock this film out of the park, right?

Well, no. A few months back, millions of dollars were spent on reshoots. That’s not always a bad thing since Marvel budgets time and money for reshoots on every film. Here, it feels like the original cut of Suicide Squad may have been too dark, and the studio forced Ayer to put in more action and humor. The end result is a film that has an inconsistent tone, one that swings wildly between grimy badassery and Deadpool-esque silliness. It’s also one of the worst edited blockbusters I’ve seen in years. For example, Deadshot is introduced to us three times. First, we meet him at the prison, sullenly working out on a heavy bag. While talking to a government stooge, Waller introduces him again in a flashback where he commits a murder using a complicated series of ricochets. In yet another flashback, we see Deadshot being apprehended by Ben Affleck’s Batman. This is the definition of poor narrative economy, and all of these scenes could have been edited together to create one punchy scene. The thing is, there’s a lot of this sloppiness in the film, with concepts being repeated over and over, presumably for the benefit of the cheap seats.

I’ll say this, Ayer is usually good with actors, and there are four performances that keep Suicide Squad from being a complete trainwreck. Will Smith’s Deadshot is essentially the moral center of the film. He’s not completely irredeemable, and he wants to convince his daughter that he’s potentially a decent human being. Smith brings his enormous charisma and impressive acting skills to bear here, and he’s so entertaining that he helps us glide over many of the rockier moments in the film. His too-brief scene with Ben Affleck crackles with electricity, and it gives us a brief glimpse at a different and better movie.

Also solid is Jay Hernandez as El Diablo. His powers caused a tragedy and now, he’s committed himself to nonviolence, at least for a while. Hernandez brings a bruised dignity to the role. He doesn’t really want to hurt anybody, he just wants to atone.

Viola Davis is excellent as the morally compromised Amanda Waller. Waller’s a fascinating character, gifted with piercing intelligence and a willingness to do absolutely anything to accomplish her goals. In the comics, she was one of the only people willing and able to force the fearsome Batman to back down. Like a walking shark with a dead-eyed gaze, Davis captures that and creates a memorable antihero.

But the real star of the movie is Margot Robbie’s Harley Quinn. She’s foo-foo nutty, and she swings between silly, flirty, and violent. Harley uses everything as a weapon, even her sexuality. But does that excuse the big-time male gaze we got going on with Robbie and her short shorts? Eh, probably not. It’s sleazy, but it’s meant to be sleazy. Robbie is a smart actor, and she knows exactly when to dial back the crazy to allow glimpses of the real Harleen Quinzel.

Speaking of sleazy, let’s talk about Jared Leto’s Joker for a moment. Following Cesar Romero, Mark Hamill, Jack Nicholson, and Heath Ledger, Leto has some big clown shoes to fill. You may have heard some of the reports from the film’s set, where Leto sent “presents” to the cast that included a rat, used condoms, bullets, and anal beads. With all of that method acting foolishness, surely Leto gives us a Clown Prince of Crime that’s one for the ages? Ah…no. The Joker should be the one guy that absolutely terrifies other criminals due to his uncontrolled insanity. With a silver grill and numerous tattoos, Leto’s Joker is less a chaos agent and more a giggly crimelord. He doesn’t quite have the energy needed to do the role justice. Plus, his subplot doesn’t enhance the main story, and it could be entirely cut out without harming the main narrative. That’s a problem.

Ultimately, the problem with Suicide Squad specifically and the DCEU, in particular, is one of commitment. The Marvel films have been largely successful because the studio goes all in on the characters and concepts. There’s no winking over the cheesiness of Captain America, just the focus on a good man trying to do the right thing. But Warner Brothers doesn’t entirely trust the legacy of DC. They want a morally conflicted Superman because morally conflicted heroes have made money. They want Suicide Squad to be dark and funny because Deadpool was dark and funny. Instead of embracing 75 years of iconic characters and their world, we have a studio that erratically uses concepts and then changes them arbitrarily.

The fact is, the DCEU doesn’t need to be just like the Marvel Cinematic Universe. It just needs to confidently be its own thing. I think Wonder Woman and Justice League is their last chance to course correct. If they can do that, they’ll create a vibrant and compelling mythology that can go toe to toe with their rivals. But if they keep making movies like Suicide Squad, the DCEU will simply be a poor substitute.

*There was nothing careful about the straight-up terrible Iron Man 2.

Tim Brennan
Tim has been alarmingly enthusiastic about movies ever since childhood. He grew up in Boulder and, foolishly, left Colorado to study Communications in Washington State. Making matters worse, he moved to Connecticut after meeting his too-good-for-him wife. Drawn by the Rockies and a mild climate, he triumphantly returned and settled down back in Boulder County. He's written numerous screenplays, loves hiking, and embarrassed himself in front of Samuel L. Jackson. True story.
Tagged: adewale akinnuoye-agbajecara delevignedavid ayerjai courtneyjared letojay hernandezjoel kinnamankaren fukuharamargot robbiesuicide squadviola daviswill smith