Five Moves to Make Before the Trade Deadline 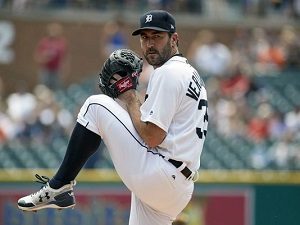 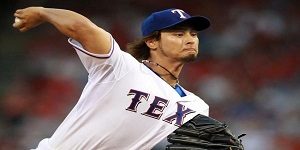 The Colorado Rockies don’t seem overly concerned about the July 31st trade deadline, and with a record of 58-43 and a comfortable position for the wildcard spot, playing .500 ball the rest of the way should be enough to secure their first playoff appearance since 2009. With such a young team, and bright future, it’s understandable that the Rockies will employ baseball’s version of the prevent defense and take their chances with their current roster. But as they say, prevent defense often prevents you from winning. Here are five moves that the Rockies should make before the week is over.

1) Go get a veteran starting pitcher. The current scenario has the Rockies playing the Arizona Diamondbacks, and Zach Greinke, in a one game wildcard playoff at season’s end. Colorado’s starting pitchers have zero playoff experience, and our ace, Jon Gray, is 3-1 with an ERA of 6.19. Go rent a Johnny Cueto, Gerrit Cole, or even a 42-year old R.A. Dickey for the rest of the season. Colorado needs a guy who can pitch in a big game, mentor our young arms, and chew up some innings so the others can rest….before opting out at the end of the year for bigger dollars and thicker air.

2) Pick up a seasoned catcher. While the Rockies already have 36-year old Ryan Hanigan as a veteran presence in the dugout, I’m not sure his seven games of playoff experience with a .136 batting average is the best back up plan if young Tony Wolters struggles. I’d feel a little better with a guy like AJ Ellis. Colorado needs a guy who can calm a young pitching staff, provide playoff experience, and get a called third strike from a veteran umpire.

3) Trade for a middle inning reliever. With the Cubs and Brewers breathing down your neck and an immensely inexperienced pitching staff, I’d be nervous giving the ball to Antonio Senzatela with runners on second and third in a big game. Go out and get a poor man’s version of Andrew Miller.

4) Find a closer. I’m not saying that we replace Greg Holland and his combination of great pitching, and playoff experience. I’m saying we may need to plan for a guy to come in for a seventh or eighth inning to shorten the workload of our starters. Good set up guys are expensive and hard to find, but there are plenty of veteran relievers that may just have enough juice left to win us a few ball games.

5) See who is willing to overpay for Carlos Gonzalez. In typical fashion, the Rockies would have traded Cargo to a contender for a couple of prospects, knowing full well that they didn’t want to pay him long term. But the Rockies missed their chance last year when he hit 25 HRs and drove in 100 runs, and now he has very little value. Sadly, I’d trade him for a journeyman pitcher and a six-pack of beer.

Don’t be surprised when Justin Verlander or Yu Darvish end up with a contender in the NL as the Rockies do nothing. With only three playoff appearances since 1993, I think we need a little less “trust the system” talk, and a little more action prior to Monday’s trade deadline.

Photo credit to Detroit Free Press and The Fantasyfix.com.

Alan Tapley
Alan Tapley is an educator, author, and blogger who has lived just outside of Boulder for the last twenty years.  His published work includes two novels, two children’s books, a series of cartoons in the Minneapolis Star-Tribune, and multiple sports related articles. His love for family and the state of Colorado is only matched by one thing, his passion for sports.  The first baseball game he ever attended was at Wrigley Field, before there were lights.  At the final Bronco game at the old Mile High, he allegedly cut out a piece of his seat in the South stands.  But regardless of being here for the Avalanche’s last Stanley Cup, the Rockies only World Series appearance, and all the Broncos’ Super Bowl Victories, his wife never fails to remind him that he wasn’t at the University of Colorado in 1990, like she was.  The year the Buffs football team won the National Championship.
Tagged: Carlos GonzalezChicago CubsColorado RockiesGerrit ColeJohnny CuetoJustin VerlanderLos Angeles DodgersMLBPlayoffsTrade DeadlineWild CardYu Darvish