Home » Blog » Cannabis » Denver Colorado: A Very Progressive Place To Be — Most of The Time

Denver Colorado: A Very Progressive Place To Be — Most of The Time 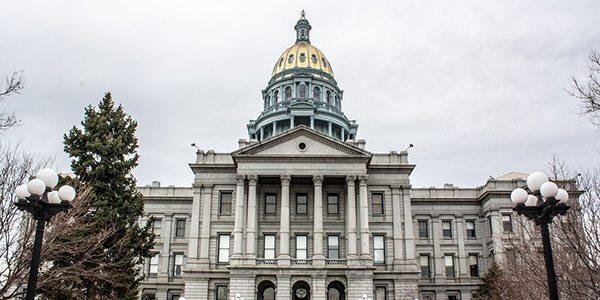 It’s not a secret, Colorado is known as being one of the more liberal states out there. In Denver alone for example, 73.59% of the population identifies as being liberal. From our regularly outspoken citizens, to our love of free speech, art, beauty and people’s rights in general, Colorado certainly has made a name for itself with the free spirits of the world. That said, there have been a few key times in the past where Colorado has really lived up to it’s “liberal” persona, coming in way ahead of the game on some pretty key issues.

That’s right, Colorado was on top of their game when it came to recognizing women as equal members of society. In fact, in 1893 — twenty-seven years before national suffrage took effect — Colorado gave women the right to legally vote, making it the first state in the US (apart from Wyoming, who gave women the right to vote in 1869, however, was still just a US territory and not yet a state), to do so. Then, only a year later, three women were officially elected to the state legislature.

We’ve all heard about that time in US history where alcohol was totally forbidden, and most of us are glad those times are long gone. We aren’t the only ones however; coloradans back in the day felt the same, and opted to repeal prohibition with a ballot that passed on November 8th, 1932, almost a full year before the rest of the country hopped off the prohibition wagon.

Not necessarily “old” history, but certainly history in-and-of itself, Colorado was the first state (along with Washington) to legalize recreational marijuana in 2012. Since then numerous “pot shops” have popped up all over town, business is booming and this state is higher than ever.

Obviously Colorado has it together when it comes to progressive reform and liberal action. However, there are still some totally ridiculous laws out there that Denver specifically may want to consider reforming next.

For example did you know it is illegal in Denver to lend your vacuum cleaner to your neighbor? Because it it! Or, did you know it’s illegal to drive a black car on Sunday’s? That’s right, don’t get caught heading to the grocery store in your black Kia on a Sunday afternoon or you could be in for trouble!

Even with these funny laws however, Colorado in general, and Denver specifically, is still a pretty great place to be, visit, live and love.

Jade Cutler
Jade was born and raised in Denver, Colorado. She grew up wandering16th street mall, relaxing near the Platte River, frequenting local coffee shops and music venues and learning all the ins and outs of the city she loves. Later she attended Metropolitan State University of Denver where she attained her BA in Philosophy, Minor in Psychology and Concentrations in both English Literature and Women’s Studies. Additionally, while still in school Jade began her freelance writing career which, four years later, is now her full-time occupation. She also loves to travel the world, explore new places and take time to connect with and learn about the world around her. Not to mention she is nearly always down for a glass of wine and a good conversation. In short, Jade is full of energy and happiness, and has a deep passion for learning all she can about how best to enjoy and live life via history, reflection and a positive outlook towards the future.
Tagged: colorado lawsDenverfunny lawsprogressprogressiveprohibitionsuffragewomen's rights