Home » Leaf of the Week » Confessions of A Movie-Loving Budtender

Confessions of A Movie-Loving Budtender 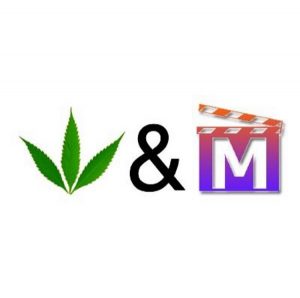 The weather got a little nasty again this week. The lovely spring that we had been enjoying took a break so that winter could make one last appearance, hopefully. I got used to the early warm weather, and my days spent mountain biking, hiking, and gardening reverted back to sitting inside and watching it snow some more. I know Colorado gets odd weather but a two- foot storm in late May is lame. However, as the saying goes, “we have two seasons in Colorado, winter and July” am I right? So, if we must be indoors, why not spend that time being entertained and watching some good flicks?

My first recommendation is The Matrix, because it literally changed the film world and spawned tons of rip-offs for years after it was made. I also believe this movie is meant to be watched while high, the blu-ray should come with a pre-rolled joint. The Matrix is a futuristic sci-fi film about a hacker who can jump between two realities. Even twenty years later the movie still looks better than most of the new films coming out. Not only are the visuals and the story cool, nothing is funnier than about halfway through the movie when Keanu Reeves’ character Neo watches Morpheus jump across a building and utters his immortal catchphrase, “Woah”. Stick around for the two sequels that were cool, and very heady, but not as mind-blowing as the OG. I would recommend some Strawberry Cough to accompany your mind down this rabbit hole.

Inherent Vice is a detective story with roots in noir like Phillip Marlowe, Chinatown, or The Big Lebowski. A foggy mystery whose main character follows clues through a haze of weed smoke. Much like Lebowski himself, our hero here spends most of the movie stoned, so immediately we find familiarity. The quirky plotline may require some classic Thai stick or old-school seedless Hawaiian to follow along, but unless Grandpa has those in his stash I would recommend some Blue Dream or Bruce Banner.

Forget Romeo and Juliet, Westside Story, or The Notebook because True Romance is the most romantic love story ever made. A couple in love rides off into the sunset only to end up at war with gangsters, police, and Hollywood. It has the best cast of any movie I have ever seen and features the first script written by a young guy named Quentin Tarantino. Great performances all around, especially Brad Pitt, and full of that unique Tarantino dialogue that has been missing from his films of late. Watch this with your sweetheart while enjoying one of the many Trainwreck strains, because you will want your full-throttle high to be on par with the intensity of this movie. Sour Diesel will due as a backup.

Kubrick’s The Shining is undoubtedly the best horror movie ever made, yet somehow has very little death in it. The music in the introduction alone is so creepy that it will make the hairs on your neck stand up. This is one of those horror movies that makes the audience imagine the terror, rather than showing it to them. The anticipation of what could happen is scarier than what is actually happening on screen. I would recommend a nice mellow indica for this film. Try not to smoke the sativa that can cause a little anxiety or sweaty palms because Jack Nicholson creates enough of that over the next couple hours. I recommend a Blueberry strain for this descent into terror.

I am not a fan of “stoner films”. Although I do like Method Man and Redman’s music, their abilities in comedy have yet to be seen. Stoner films usually result in a lowering of comedic standards. Cheech and Chong are just not funny. Half Baked may be the only weed movie, in my opinion, that is funny. It pokes fun at the culture and will go down in history for its classifying of weed smokers. Who among us has never had to become a Macgyver weed smoker at some point? For a good comedy that is not weed-themed check out Raising Arizona. It is about a couple who are unable to have kids so they kidnap one of the quintuplets of a furniture tycoon. It is over-the-top and slightly resembles an old Looney Toon cartoon. Any gloomy afternoon spent chortling bong loads should go well with this screwball comedy. I would recommend The Labrador strain, lol.

If you are not into movies and television is your thing, check out Stranger Things or Better Call Saul. These are two excellent shows on Netflix and should be binge-watched with a nice hybrid like Cookies or Alien OG. Stranger Things is a fantasy sci-fi show that makes you nostalgic for growing up in the 1980’s and Better Call Saul is the coolest and most intelligent show on television right now. As a prequel to Breaking Bad, it has a rich history of plotlines to pull from and weave in and out of.

After a winter like we had it would be nice if summer showed up early for once. Until it does though, you can always hit me up for your nightly pairings of marijuana and movies. I mean, they do not call me Siskel and Weedbert for nothing*.

*Nobody calls the author Siskel and Weedbert.

Chris Fisher
Chris grew up in Dover, Delaware with his sights set on the wild west. Inspired by 80’s and 90’s- era ski movies Chris found his way to Gunnison, Colorado in 1999 to attend Western State College, now Western State University, and to ski Crested Butte. In this little mountain town in the heart of the Sangre de Cristo mountains Chris also found a lovely little plant called cannabis. Chris still lives in Colorado, having moved to Fort Collins after graduating to follow his love of skiing, mountain biking, and all things outdoors. Currently working as a budtender with 7 years experience in the cannabis industry Chris has a passion for cannabis, a desire to write, and a love for Colorado.
Tagged: #Cannabis#cannabisculture#confessionsofabudtender#films#LeafoftheWeek#movienight#theweedblog#weedandfilms