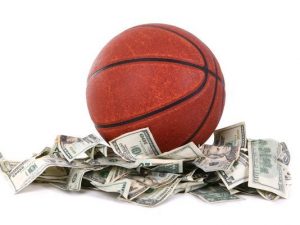 The Pac 12 finished up basketball’s regular season and the Colorado Buffaloes showed that hard work, cohesiveness, and integrity can get you a long way.  Wait, did I say integrity?  Skip that.

With an 8th place finish in the conference (8-10) and an overall record of 16-14, Colorado will not be one of the 64 teams invited to the NCAA tournament, will probably not be sent an invite to the NIT, but will finish the season knowing that they did things the right way, remembering the adage that cheaters never win.

Well, almost never. It’s true that the Arizona Wildcats won the conference even though their coach, Sean Miller, was suspended after FBI wiretaps caught him okaying a $100,000 payment in the recruitment of their current star center DeAndre Ayton, Assistant coach Emanuel Richardson was arrested on Federal bribery charges, and the team’s top shooting guard, Alonzo Trier, tested positive for PEDs, but other than that they were relatively clean. 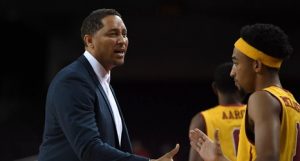 USC took second place in the conference despite one player being dismissed before the season began for recruiting violations, Bennie Boatwright and Chimezie Metu being tied to an FBI probe alleging both received money from an agent, and Assistant Coach Tony Bland charged with conspiracy to commit bribery and wire fraud.

Utah and Washington, who both finished ahead of Colorado, are also under investigation for the recruitment of former players Kyle Kuzma, and number one draft pick Markelle Fultz. So apparently cheaters not only win, but become first-round draft picks. 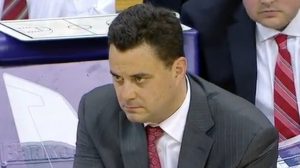 I’m not suggesting that the Colorado Buffaloes are squeaky clean, but they sure aren’t being rewarded for their honesty.  Half of the Buffs losses this season were to teams currently under investigation.  It’s like we’re the only clean rider in the Tour de France, climbing up the Alps.

It is doubtful that the NCAA will act anytime soon given the fact that March Madness and millions of dollars are just around the corner, and one can argue whether college athletes should be paid in the first place.  But the phrase “cheaters never win” is no longer applicable.

Alan Tapley
Alan Tapley is an educator, author, and blogger who has lived just outside of Boulder for the last twenty years.  His published work includes two novels, two children’s books, a series of cartoons in the Minneapolis Star-Tribune, and multiple sports related articles. His love for family and the state of Colorado is only matched by one thing, his passion for sports.  The first baseball game he ever attended was at Wrigley Field, before there were lights.  At the final Bronco game at the old Mile High, he allegedly cut out a piece of his seat in the South stands.  But regardless of being here for the Avalanche’s last Stanley Cup, the Rockies only World Series appearance, and all the Broncos’ Super Bowl Victories, his wife never fails to remind him that he wasn’t at the University of Colorado in 1990, like she was.  The year the Buffs football team won the National Championship.
Tagged: Colorado BuffaloesNCAAsean millertony bland