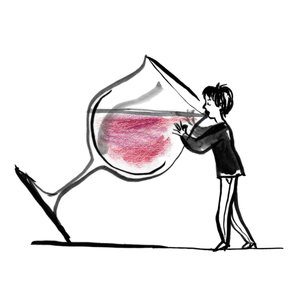 More Americans are drinking alcohol, and a growing number of them are drinking to a point that’s dangerous or harmful, according to a new study published in JAMA Psychiatry this week.  The study, sponsored by a federal agency for alcohol research, examined how drinking patterns changed between 2002 and 2013, based on in-person surveys of tens of thousands of U.S. adults.

Previous research showed steady or declining drinking patterns from the 1970s through the 1990s, the report says. In the 90s, however, alcohol consumption increased — the percentage of people who drank at all increased by nearly half, while high-risk and disordered drinking increased by about 20 percent and 12 percent, respectively. High risk drinking is defined as having four or more drinks per day at least once a week, every week, for a year, and five or more for men. High-risk drinking is linked to a number of diseases and psychiatric problems, as well as violence, crime and crashes.

Women, racial minorities, older adults and the poor saw particularly large spikes in the amount of alcohol consumed. While the increases in drinking were apparent in everyone, they were much higher in women. Some theories about why this has occurred include a shift in cultural norms about drinking. It has become more acceptable for women to drink in similar ways as men. Rising numbers of women in the workforce may also have contributed to higher drinking levels. For the poor and minorities, income and educational disparities, as well as unemployment, residential segregation, discrimination, and decreased access to health care may play a role.

Women have caught up with men in terms of the amount of alcohol they drink, according to another study that looked at the consumption habits of four million people globally over more than a century.  This increase is problematic for the health of women. For healthy adults, drinking more than these single-day or weekly limits is considered “at-risk” drinking:

Women and adults over 65: More than 3 drinks on any day or 7 per week.

Women absorb and metabolize alcohol differently than men and generally have less body water than men of similar body weight. As a result, women achieve higher concentrations of alcohol in the blood after drinking the same amount of alcohol. Variations in hormonal levels can cause women to become intoxicated faster. Additionally, women who regularly take estrogen-added medications like birth control pills often experience extended effects of intoxication since the medication slows down the rate at which the body is able to eliminate alcohol. Finally, because women have higher body fat content than men, the rate of absorption slows and alcohol levels remain higher longer.

The recent studies have looked at adults in their 20s and 30s.  The research will evolve as the study population ages.

Andrea Groth
Andrea wants to live in a world where the neighborhoods are walkable, bike lanes are plentiful, and the food is fresh, delicious and readily available. A 20-year veteran of the health and wellness industry, she started her career in the fitness industry while earning a master’s degree in Exercise Science and Health Promotion, and then on to the burgeoning field of worksite wellness. Andrea has competed in collegiate level soccer, worked as a personal trainer, fitness instructor, wellness coach, and master trainer, climbed 14ers, and completed cycling centuries and metric centuries. All of these experiences give her the opportunity to view well-being from many different perspectives. When she’s not helping others to be their healthiest self, you can find her at a farm to table restaurant, down dogging at the yoga studio, or experiencing the Colorado landscape on a bicycle, snowshoes, cross country skis or on foot.
Tagged: alcoholhealthOn DenverWomen