Actually, This Is Rocket Science 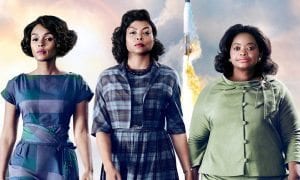 In today’s America, the easiest thing in the world is to be a straight, white male. I don’t mean that us white guys get our pick of great jobs and get handed sacks of money. Instead, we have a base level of presumed competency. If we say to society that we want to become an author, or an astronomer, or a professional soccer player, the response is something like, “As long as you work hard, you can make that happen.”

But try being a black woman in America. Try dealing with the one-two punch of racism and sexism. For example, on an early Delta airlines flight from Detroit to Minneapolis, a problem occurred. A woman called for help. Her husband was unresponsive. Good thing Dr. Tamika Cross was there. She’s an OB-GYN, a black woman, and she was a passenger on the very same plane. Flight attendants asked if anyone had medical expertise. Dr. Cross immediately volunteered to help. One of the flight attendants replied to her, “Oh, no, sweetie, put your hand down.” She then informed Dr. Cross that they were looking for actual nurses or doctors. Another plea for assistance went out. Dr. Cross again signaled that she could help. She was told by the same flight attendant to produce her medical credentials and prove she was a doctor. Dr. Cross didn’t have her credentials with her, and all the while, a man still desperately needed medical attention. Finally, a white man announced he was a doctor. He produced his credentials to the satisfaction of the flight attendant.

You’d expect idiocy like this to happen in the 1950’s or 1960’s. You might look down at the situation and say, sneeringly, “What do you expect, they were all a bunch of ignorant rubes back then. Good thing we live in a post-racial society.” Post-racial, my pasty Irish ass. This nonsense took place last October and, to the surprise of absolutely nobody who isn’t a straight white guy, it never stopped. Black women have had to go to frankly ludicrous lengths to be viewed as simply competent. When they excel in a field, they still have to deal with a racist and sexist society on top of the professional responsibilities. The excellent new film Hidden Figures* examines what this was like, with the space race as a compelling backdrop.

Based on the book by Margot Lee Shetterly, we meet Katherine Johnson (Taraji P. Henson), a brilliant mathematician. A flashback shows us that she was a math prodigy and, despite growing up in the dark era of Jim Crow, she earned a math degree and a job at NASA. Along with her is Mary Jackson (Janelle Monae), a smart and sarcastic colleague, and Dorothy Vaughan (Octavia Spencer), the not quite supervisor of NASA’s “Colored Computer” division. I say not quite because while Dorothy has the skills and does the work of a supervisor, NASA can’t bring itself to promote her. Her boss Mrs. Michael (Kirsten Dunst) doesn’t hesitate to remind her how unlikely her promotion would be, anyway.

Yet, NASA is laser-focused on the space race with the Soviets. Their satellite Sputnik has successfully orbited our planet, and the Russkies are throwing some serious shade at the U.S. of A. NASA needs the best and the brightest mathematicians, and they’ll take anyone, albeit grudgingly. Katherine is assigned to check the calculations of a group of literal rocket scientists. All of them are white, all of them are men, and all of them are not thrilled to see her. Particularly peeved is Paul Stafford (Jim Parsons), whose work Katherine is tasked to check. Katherine’s professional life isn’t easy. She’s constantly given stacks of equations to check, deal with indignities like having to use a “colored ladies room” located a half mile away in another building and prove her worth to Al Harrison (Kevin Costner), the manager responsible for devising safe launch trajectories for astronauts like Alan Shepard and John Glenn.

We’re not just focused on Katherine’s professional life. She’s a widower with three daughters, and she tentatively enters into a romance with Jim Johnson (Mahershala Ali), an Army Colonel impressed with her smarts and dedication. There are also engaging subplots about Dorothy teaching herself FORTRAN to program an amusingly huge IBM computer, and Mary’s aspirations and court battle to become NASA’s first black female engineer.

I kind of love Hidden Figures, and there’s an awful lot to love here. Director Theodore Melfi has made a bright, optimistic, and smart film. It’s the film that our society needs right now. Melfi knows that a good film should show, not tell, and he never lets the film get bogged down with exposition. One of his strongest visual cues is portraying the absurdity of segregated bathrooms. He starts with Henson’s nervously tapping foot, then shows her sprinting in high heels across the NASA campus, while Kevin Costner wonders why she keeps disappearing for 40-minute stretches. It’s not just a great visual gag, it also sets up a powerful speech by Henson defending her dignity.

Great films don’t exist without great screenplays, and Melfi and co-writer Alison Schroeder have written a great screenplay. We learn about these characters through their actions and through their interactions with each other. Their portrayal of racism is smart and sophisticated. Nobody belts out racial slurs. Instead, Katherine deals with quieter but more insidious indignities. Roomfuls of men continuously stop what they’re doing to stare at her. After using the communal coffee maker, Katherine finds a cheap coffee pot labeled “COLORED” has been placed next to it. The pot is, of course, empty. But these women are determined to prove their worth to their country and themselves, and they do what they need to do proudly and joyously.

For the most part, the cast is just terrific. Taraji P. Henson’s Katherine struggles with insecurity, but she believes in the power of her intelligence. Octavia Spencer is, unsurprisingly, great as the no-nonsense Dorothy. As he gets older, Kevin Costner has settled nicely into a niche as the Grizzled Mentor. He can do this stuff in his sleep, and he’s good at it, so feel free to ignore those who claim Costner can’t act. I think the movie’s MVP is Janelle Monae’s Mary. her appearance in Moonlight last year proved that she can comfortably handle drama. Here, her comic timing is absolutely razor sharp. Whether she’s muttering a quip to a white cop or trying to extricate the heel of her shoe from an air vent, Morae kills it. The scene where she reacts to the verdict of her court case is perfect.

Is the film perfect? Not quite, but I feel like I’m nitpicking more than anything. Jim Parson’s Paul is meant to be a resentful little creep, but he comes off a little too broadly compared to his more accomplished colleagues. Plus, during the flashback showing the young Katherine’s math skills, we see her naming shapes to a teacher, while CGI images of those shapes float off a stained-glass window. I rejoiced since I expected this to be a way to visually set up the problem of the math in the launch trajectories. I expected visual sequences showing disastrous outcomes if the math was incorrect, but instead, we get repeated shots of Henson writing calculations on an enormous blackboard. While it’s a missed opportunity, it’s still a nitpick.

Honestly, these nitpicks are unimportant and should be overlooked. Katherine Johnson, Dorothy Vaughn, and Mary Jackson were also overlooked, or nearly so. Yet they struggled, fought, and did so with glad hearts. They are part of a continuum that stretches out of the past and into today. That continuum includes women like Dr. Tamika Cross, women who accomplish much and make our country a better place. Maybe it’s time to stop overlooking them. Do yourself a favor and see Hidden Figures. It’s that good.

*God, what an awful title. I suppose I should be grateful that the studio didn’t change the title to Smart Rocket Math Women Are Go!

Tim Brennan
Tim has been alarmingly enthusiastic about movies ever since childhood. He grew up in Boulder and, foolishly, left Colorado to study Communications in Washington State. Making matters worse, he moved to Connecticut after meeting his too-good-for-him wife. Drawn by the Rockies and a mild climate, he triumphantly returned and settled down back in Boulder County. He's written numerous screenplays, loves hiking, and embarrassed himself in front of Samuel L. Jackson. True story.
Tagged: alison schroederhidden figuresjanelle monaejim parsonskevin costnerkirsten dunstmahershala alioctavia spencertaraji p. hensontheodore melfi