The Media’s Credibility Is Going Up In Smoke 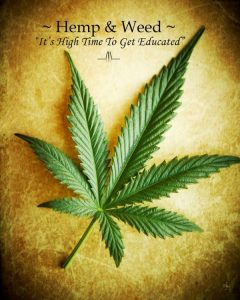 The way a media outlet frames a story is essential and can influence our understanding of it. Their version of a story can affect public opinion or generate awareness in a community. Historically they have been the ones to deliver the facts, less so when the topic of cannabis comes up though. By now we all realize that marijuana is not the harmful substance the last few generations believed it to be. I would wager that most of our nightly news correspondents have even tried it. So, if we are all on the same page about this stuff, then why does the media treat it so flippantly? The media seems incapable of treating a marijuana story professionally, and for them to continue to do so could even be harmful to the industry. 60 Minutes, a news magazine steeped in credibility, is not even capable of doing a cannabis story they do not sensationalize or passively ridicule. Every story they have done since 2009 is full of ridiculous puns like “high turnout for pot”, “marijuana store is high on profits” or “burning the midnight hash oil”. If that was the type of headline you saw for a story regarding race or sexuality people would be extremely offended.

The media has a responsibility to offer the facts, to take a more serious role in educating the public on legitimate topics, and to stop turning every story on marijuana into a damn joke. I would prefer to see an unbiased story rather than one that paints the cannabis user as a cartoon stereotype. People are coming around, and fast, and it won’t be long before the federal government has no choice but to follow suit. If the media would like to clean up their current image a little bit they could start with their news stories featuring a fair narrative. One good place to start might be with cannabis.

In discussing cannabis, the popular media does not even portray themselves like they are ready to have a serious conversation on the matter. News outlets and journalists tend to offer inaccurate language when discussing this industry. They portray people who are pro-marijuana as stoner hippies, not as average citizens who are looking to restrict outdated laws that have no place in current society. I do not have dreadlocks or patchwork clothing. My eyes are not bloodshot and I am not eating a bag of Cheetos, yet that is all you seem to see on any given evening news story. Media outlets often fail to mention that many of the people in the pro-legalization movement are looking to help themselves or a loved one who may need the plant medicinally. They tend to go with the stoner caricature that we all know too well, it is never a middle-aged woman dealing with arthritis and fibromyalgia. What about those folks interested in collecting possible tax and tourism dollars to benefit their state? How about the amount of money and time spent by law enforcement agencies prosecuting cannabis offenders when that could be focused elsewhere? Then there are the scare-tactics they employ when discussing marijuana and children. Kids are more at danger from their cell phones than their parent’s weed drawer. A report highlighting challenges faced by the new business owners or one showcasing an industry that is trying to clean up its image is worth consideration. When the media can address this subject with a little more tact we will notice a change in the public’s perception. They should begin considering both sides of the story and start thinking of themselves as educators on the subject of cannabis, very few people are informed about this plant after all. The effect they have could have would be incredible. They should also apologize for their stupid puns.

*Pro-cannabis journalism is not much better, sometimes giving similar perspectives. TheWeedBlog.com and TheCannabist.com are two good sources to check out that offer well-written pieces on cannabis culture.

Chris Fisher
Chris grew up in Dover, Delaware with his sights set on the wild west. Inspired by 80’s and 90’s- era ski movies Chris found his way to Gunnison, Colorado in 1999 to attend Western State College, now Western State University, and to ski Crested Butte. In this little mountain town in the heart of the Sangre de Cristo mountains Chris also found a lovely little plant called cannabis. Chris still lives in Colorado, having moved to Fort Collins after graduating to follow his love of skiing, mountain biking, and all things outdoors. Currently working as a budtender with 7 years experience in the cannabis industry Chris has a passion for cannabis, a desire to write, and a love for Colorado.
Tagged: #60Minutes#Cannabis#confessionsofabudtender#LeafoftheWeek#media