2016 Recap: Stories That Shaped Our Well-Being 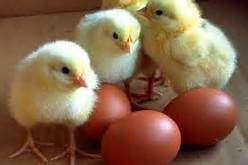 This year was a crazy one, with a tumultuous election cycle, protests, shootings, issues of sexual assault on college campuses — it was a year to remember.

Some important things happened that informed our health habits.  These events will have impact on our lives and our health now and in the future.  Here are some of the 2016 news stories that have and will shape how we think about well-being.

Panera Bread goes clean.  Panera Bread vowed last year to serve only “clean ingredients” by the end of 2016. that vow involves removing artificial preservatives, sweetener, flavor, or color. All told, at least 80 ingredients  needed to be removed.  This is a big step for a major food chain and hopefully others will follow suit.

The Cage-Free Pledge. Sysco, the country’s largest food distributor and a major supplier to places like McDonald’s, pledged to go cage-free with their egg production by 2026. The first company of their size to do so, Sysco worked with The Humane League to develop their cage-free plan. The pledge will allow chickens to walk, spread their wings, and lay their eggs in nests, three things that they’re unable to do in industry standard battery cages.

Pokémon mania swept the nation during the summer. The long-awaited app, Pokémon Go, was released and quickly gained popularity in July of this year. Sidewalks and local parks were swarming with people trying their hand at nabbing a Pikachu. The modern version of the 90s classic game allowed users to “see” Pokémon in the world surrounding them. Exploring the outdoors isn’t the only exercise-inducing part of Pokémon Go. It also prompts you to walk certain distance — anywhere between 2km to 10km– to hatch eggs and earn more Pokémon.

Strawberries top the “Dirty Dozen” list. The Environmental Working Group, an organization that specializes in research and advocacy in the areas of toxic chemicals, among other things, publishes a list of which produce types has the highest amount of pesticides. Apples have been on the top of the list for the previous five years. This story was shocking not only because apples were knocked out of the top spot, but the excessive level of pesticides found in the berries, with seven neurotoxins, six developmental toxins, and six known or probable carcinogens among others.

Canned foods still have BPA. A report gathered by non-profits revealed that the majority of canned foods in the U.S. still contain BPA in their lining. BPA is an industrial chemical that is used in plastics and resins, raises concerns in the health community for its potentially harmful effects on reproduction, brain development, and early onset puberty. After the report’s release, Campbell’s, whose products were all found to use BPA linings, announced they would be switching to non-BPA options by mid-2017.

Looking to boost your health and well-being in the year ahead? Stay on top of the latest news in food, exercise and health in 2017. Our knowledge of what influences our health must continue to evolve.

Andrea Groth
Andrea wants to live in a world where the neighborhoods are walkable, bike lanes are plentiful, and the food is fresh, delicious and readily available. A 20-year veteran of the health and wellness industry, she started her career in the fitness industry while earning a master’s degree in Exercise Science and Health Promotion, and then on to the burgeoning field of worksite wellness. Andrea has competed in collegiate level soccer, worked as a personal trainer, fitness instructor, wellness coach, and master trainer, climbed 14ers, and completed cycling centuries and metric centuries. All of these experiences give her the opportunity to view well-being from many different perspectives. When she’s not helping others to be their healthiest self, you can find her at a farm to table restaurant, down dogging at the yoga studio, or experiencing the Colorado landscape on a bicycle, snowshoes, cross country skis or on foot.
Tagged: About Boulderfitnessfoodhealth