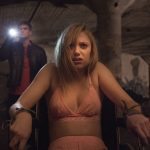 A girl sprints out of the front door of her nondescript suburban house. The sun is setting. The girl is scantily clad and out of her mind with panic. She dashes into the middle of the street, stops, not sure what do do next. The girl’s father comes outside and asks her if everything is okay. Clearly it’s not, and the girl runs back into her house. She emerges again holding car keys. She hops in the car and tears out of there at high speed. We next see her on a moonlit deserted beach, babbling into a cellphone, telling her parents that she loves them. Finally, the sun has come up. The... Read More 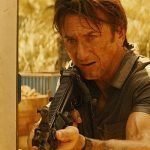 Hi, guys. I’m Tim Brennan, and I’ll be your film critic this evening. For the foreseeable future, as well. I grew up in Boulder and got bit by the movie bug young. I’ve seen thousands of films, good, bad and ugly. I’ve also co-written several screenplays, which helped me to learn about the nuts and bolts of filmmaking. For about the last year, I’ve been writing movie reviews for The Hollywood Billboard. Those kind folks helped me get going in the cutthroat world of online film criticism, and for that, I’m grateful. Now, I’m here. Over time, we’ll... Read More