Mainstream American movies aren’t usually designed to take risks. No big surprise there. The last several decades have given us action movies where we’re never too worried about the hero. Dramas where some degree of justice is usually reached.* Comedies that only ever make us uncomfortable due to gross-out jokes.

Second of all, I’m here to tell you that I’m deeply happy there are alternatives. Independent films exist to do more than perpetuate a franchise or act as Oscar bait. When someone has a story to tell, one that’s more raw, more idiosyncratic, or that simply defies easy classification, the indie system exists to give those filmmakers a platform.

Alexandre Rockwell is one of those filmmakers. He came up in the 1980s and, when independent film blew up in the 90s, he was briefly part of a conversation that included Robert Rodriguez and Quentin Tarantino. But Rockwell never seemed interested in transitioning to the mainstream. He simply wanted to make his movies his way, and who can begrudge him that? After a seven-year hiatus, he’s returned with the new film Sweet Thing, a brutal and hopeful look at childhood. 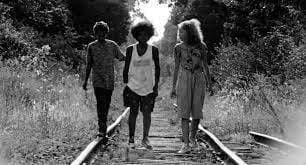 They named Billie (Lana Rockwell) after the singer. It fits, and not just because she has a singing voice that can get your attention. Moreso, Billie is an old soul. She’s fourteen, and at her age, she should have things on her mind like school, a crush, and where her future will take her. That old soul tells Billie that none of those things enter into the equation, those things are for children and she has bigger and more immediate issues to deal with.

The first is Nico (Nico Rockwell), her eleven-year-old brother. He’s smart, sweet, a little mischievous, and when he tells her later on that he has bad thoughts in his head, we hope those thoughts aren’t as bad as all that. Billie knows Nico deserves the best childhood. Alcoholism has gotten its hooks into their father Adam (Will Patton), and he can barely take care of himself, much less his children.

There’s no school and no playgrounds for Billie and Nico, only a struggle to collect cans, bottles, and whatever detritus they can sell for a little money. We forget the power of a child’s imagination, however, and the hunt for scraps becomes a game. That imagination transforms a Christmas involving aluminum foil used as wrapping paper into something magical. For a little while, imagination is able to push away despair.

Until it doesn’t. Until Adam bottoms out and goes into a rehab program. Until Billie and Nico are reluctantly taken into custody by 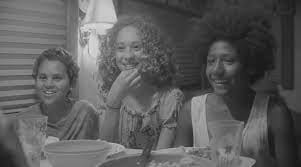 their mother Eve (Karyn Parsons). Maybe it won’t be so bad, since they’ll spend the summer at a New Bedford beach house owned by Eve’s boyfriend Beaux (M.L. Josepher). But Eve is checked out and Beaux is a brute, one determined to abuse them in every way possible. And then? There’s an incident. Billie and Nico go on the run with Malik (Jabari Watkins), another child determined to be free, and for a little while, they make dreams out of hardships.

Sweet Thing is not a studio film. There were no budget negotiations with executives, no compromises with frightened producers. Instead, it was truly a labor of love. Alexandre Rockwell paid for it through a combination of crowdfunding and self-funding. As a film studies professor at New York University, he was able to assemble most of his crew through his students. That process isn’t easy, yet he did it all in order to have creative control and to make the film his way. But is it any good? It absolutely is, though at times it’s an alarmingly hard film to watch. Rockwell shoots mostly in gritty 16mm black and white, creating a raw and pitiless feel as the kids explore solitary beaches and empty houses. In a few well-chosen moments, color sneaks into the frame, reminding us of the collision between childhood and adulthood.

Remember when I said this is an alarmingly hard film to watch? That’s partially because Rockwell’s screenplay shows us what happens when two good kids are surrounded almost entirely by adults who are abusive, apathetic, or ineffectual. As a parent, it was a tough sit for me, seeing multiple instances where I wanted someone, anyone, to step up and do the right thing. Rockwell is a parent, too, and he reminds us that, by and large, kids are a hell of a lot stronger than adults. The world pummels Billie and Nico over and over. They roll with it, adapt to situations that would break someone twice their age, and cope through poetry and friendship.

One of the reasons Rockwell needed full control of Sweet Thing was the risk he took. Lana Rockwell and Nico Rockwell are his kids, and he had no idea if they could act at the level required to carry a feature film. They can, and both of them deliver performances that are natural and powerful. I liked Karyn Parsons as Eve and Will Patton as Adam very much. Neither of them plays people who are malicious. They’re just weak, all too human, the kinds of people who don’t often appear on movie screens. To my mind, the MVP of the cast is Jabari Watkins as Malik. He’s a kid who’s quick, inquisitive, and views the world as a place jam-packed with adventure.

I’m not sure I’ll see Sweet Thing again. If I do, it won’t be anytime soon, as this is a film that gets real, almost too real. I love that it exists, and I’m happy Alexandre Rockwell found a way to get it out into the world. Like Billie and Nico, Sweet Thing might look like a fragile thing, an independent film ready to be crushed by a studio juggernaut. Those films are often the strongest, the kinds that stick around long after a blockbuster has faded from memory. 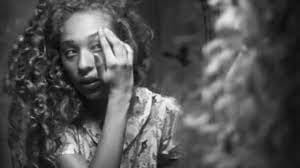 *One of my cherished memories is after a screening of Zodiac, I overheard a woman say to her beau, “Wait, so they never caught him? That sucks.” Spoiler alert: it does suck.

Tim Brennan
Tim has been alarmingly enthusiastic about movies ever since childhood. He grew up in Boulder and, foolishly, left Colorado to study Communications in Washington State. Making matters worse, he moved to Connecticut after meeting his too-good-for-him wife. Drawn by the Rockies and a mild climate, he triumphantly returned and settled down back in Boulder County. He's written numerous screenplays, loves hiking, and embarrassed himself in front of Samuel L. Jackson. True story.
Tagged: alexandre rockwelljabari watkinskaryn parsonslana rockwellm.l. josephernico rockwellsweet thingwill patton