Home » Blog » Sports » You Make Me Feel Like Dancing

After a 76-64 victory over LMU and a 7-0 start to the college basketball season, it’s easy to be excited about the Colorado Buffaloes chances of making the NCAA Championships this year.  The Buffs brought back practically the entire roster from 2018-19, including two First-Team All-Pac 12 selections in McKinley Wright IV and Tyler Bey, as well as D’Shawn Schwartz, Lucas Siewert, Evan Battey, and Shane Gatling.

But let me tell you a little story.  The year was 2011, and the family gathered around the television to watch Selection Saturday and the 64 teams that would be invited to the Big Dance.  The Colorado Buffaloes had just come off a great season in which they finished 24-14, including wins over fifth-ranked Texas and ninth-ranked Missouri.  The Buffs leading scorer was Alec Burks, the senior leader was Cory Higgins, and the top freshman was Andre Roberson.  All three players would go on to the NBA.

After making it to the championship game of the Big 12 tournament, Colorado would fall to the second-ranked Kansas Jayhawks by seven points, in Lawrence.  As the names of teams were called, I assumed the Buffs would maybe be a nine-seed, eleven-seed at worst.  CBS provided a live shot of the Colorado coaches and players waiting for their name to be called.  But it never came.

Here are ten things that need to happen for the Buffs to go dancing this March. 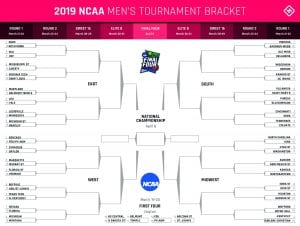 Alan Tapley
Alan Tapley is an educator, author, and blogger who has lived just outside of Boulder for the last twenty years.  His published work includes two novels, two children’s books, a series of cartoons in the Minneapolis Star-Tribune, and multiple sports related articles. His love for family and the state of Colorado is only matched by one thing, his passion for sports.  The first baseball game he ever attended was at Wrigley Field, before there were lights.  At the final Bronco game at the old Mile High, he allegedly cut out a piece of his seat in the South stands.  But regardless of being here for the Avalanche’s last Stanley Cup, the Rockies only World Series appearance, and all the Broncos’ Super Bowl Victories, his wife never fails to remind him that he wasn’t at the University of Colorado in 1990, like she was.  The year the Buffs football team won the National Championship.
Tagged: Colorado Buffaloes BasketballKansas JayhawksMcKinley Wright IVNCAA basketballNCAA TournamentPac-12Prairie View A&MTad BoyleTyler Bey