Home » Blog » Movies » Why Must You Pet the Alien Lifeform?

Why Must You Pet the Alien Lifeform? 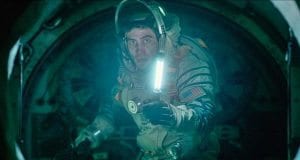 Right, guys, time for another thought experiment! Imagine you’re a scientist. You’re part of a team on an alien planet or a space station, and you have come into contact with a non-terrestrial-based lifeform; i.e. an alien. You are within close physical proximity of the creature. You have no idea about its biology, capabilities, or motivations. Should you:

Obviously, the correct answer is #2. I’m not saying you should take the George W. Bush approach and thoughtlessly annihilate anything you don’t understand, I’m just saying a teaspoonful of caution is a good ingredient in these situations. Apparently, lots of movie scientists never got that memo, because there’s a tradition of seemingly educated people making bafflingly stupid decisions.

For example, you have the crew in Prometheus trying to give an alien chin scritches, the tech wizard in Skyfall connecting the villain’s laptop to a government network without checking it for viruses, and Doc Brown ineffectually shooting at terrorists instead of climbing into a fully functional time machine with Marty in Back To The Future. There’s a long and proud tradition of smart people in film acting…well…derpy. The new sci-fi/horror film Life continues that tradition.

Don’t get me wrong, the film isn’t all bad, and it sure starts strong. In one long take (accomplished through CGI trickery), the camera floats through the International Space Station and efficiently introduces us to the team of scientists manning it.* There’s Miranda North (Rebecca Ferguson), the mission leader, David Jordan (Jake Gyllenhaal), the cautious pilot, Rory Adams (Ryan Reynolds), the hothead, Hugh Derry (Ariyon Bakare), the science geek who is paralyzed from the waist down, Ekaterina Golovkina (Olga Dihovichnaya), a Russian woman unfortunately missing a personality, and Sho Murakami (Hiroyuki Sanada), whose wife just gave birth. That’s never a good sign in movies like this.

A probe containing soil samples is on its way back from Mars. Rory’s job is to catch it mid-flight using a robotic crane. At the last minute, he does so. Deep breaths of relief are taken all around. While studying the soil, Hugh makes a momentous discovery. He finds a microbe, incontrovertible proof of life beyond our planet. As Joe Biden might say, this is a big f’n deal. Naturally, he starts screwing around with it, introducing glucose, messing with the temperature, just for the hell of it. The microbe grows, going from a single-celled organism to a blob, to a slightly larger blob. The folks on Earth are overjoyed at this momentous discovery and, after a group of schoolkids wins a contest, the organism is named Calvin.

So far, so good, until Calvin mysteriously stops moving. Is it in suspended animation? Dying? Nobody knows, so they do the only thing that makes sense to them, which is to shock Calvin with an itsy-bitsy cattle prod. Let me repeat that. They electrocute a seemingly harmless alien because it’s not doing anything. As you might have guessed, Calvin gets a little pissed. He breaks free, grows, and assumes his true form of…um…a gnarly looking cross between an octopus, a cobra, and a Peace lily. Then, people start dying in a wide variety of ways.

Based on that snide plot summary, you might think I didn’t enjoy the many charms of Life. Au contraire, mon frere! This is the ideal movie to watch while grappling with a hangover, or with friends and marveling over the many inventive kills. It’s not a bad movie, nor is it a good movie. It’s an Okay Movie, one of the hundreds of films made yearly that makes its way to a Redbox, or a bargain Blu-ray bin.** It’s the kind of movie that you’ll see, forget about soon after, then if it comes up in conversation, you’ll say, “Oh, yeah, I saw that. It was pretty good.” Faint praise, indeed.

For a movie to be a success, a kind of magic needs to happen where the right cast, the right crew, and the right director team up to make the right movie based on the right script. In this case, all of those pieces don’t quite fit together. It’s not a disaster by any means, just that the components don’t enhance each other. Director Daniel Espinosa is pretty good here. He’s redeemed himself somewhat for making the godawful Child 44, and, as a good friend of mine would say, he’s done a reasonable job here. The International Space Station is an entertaining and claustrophobic setting, anxiety levels tick up appropriately, and Espinosa uses a nifty hologram of the ship that shows us where Calvin and his would-be victims are at any given time.

The screenplay by Rhett Reese and Paul Wernick is similarly pretty good. Even when it shifts into high gear, we still have a pretty good idea of where things are going to end up. However, I must recommend it based on the final 10 minutes alone. There’s a great twist, and I’ve got a lot of admiration for the studio’s willingness to give it the thumbs-up. It’s the kind of ending I can see coming from the guys that wrote Deadpool and Zombieland, and I mean that as a sincere compliment.

I’m frankly a little confused that a B-movie like this was able to attract A-list talent. Ryan Reynolds plays a guy that’s funny, charming, and a little bit of a dick, so he’s not exactly stretching himself. Was this an easy paycheck for him? Perhaps. But after easily being the best thing in the already very good Mission Impossible: Rogue Nation, why did the talented Rebecca Ferguson sign on? Her character is smart, competent, and she fleshes out an underwritten role. Similarly, Jake Gyllenhaal has absolutely killed it in films like Zodiac and Nightcrawler. He sells the hell out of his performance, spending lots of time in a convincing state of bug-eyed terror. But if he wanted to do a genre film, why did he sign on for this one?

Ultimately, the “astronauts in peril” genre has been well explored. I have no problem with a creature feature, but it needs to have a unique take, an interesting feel for it to be memorable. Life is going to end up as an occasionally viewed movie on Netflix, probably during a rainy Sunday. But if the entire film had the relentless energy and go-for-broke creativity of the end, we’d have a legitimate all-timer.

*I can hear you saying, “But the team isn’t just men! Shouldn’t they be womaning it, or personing it? Possibly humaning it?”

**I think most film nerds will find and latch onto an Okay Movie inexplicably. I certainly did, as evidenced by my sincere love for the rampaging beast in a museum flick The Relic. Maybe it’s because I’m a big Tom Sizemore fan.

Tim Brennan
Tim has been alarmingly enthusiastic about movies ever since childhood. He grew up in Boulder and, foolishly, left Colorado to study Communications in Washington State. Making matters worse, he moved to Connecticut after meeting his too-good-for-him wife. Drawn by the Rockies and a mild climate, he triumphantly returned and settled down back in Boulder County. He's written numerous screenplays, loves hiking, and embarrassed himself in front of Samuel L. Jackson. True story.
Tagged: ariyon bakaredaniel espinosahiroyuki sanadajake gyllenhaallifeolga dihovichnayapaul wernickrebecca fergusonrhett reeseryan reynolds