Who Will be the Face of COVID-19 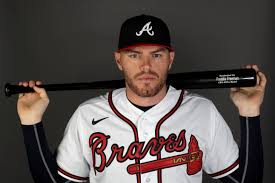 We wear their names on the back of our jerseys, display their posters on our walls, and dream that we are them.  Shooting baskets towards a rusty hoop we imagine we are Lebron James, Kobe Bryant, or Michael Jordan as the clock counts down to zero.  As plastic bats connect with whiffle balls, we round imaginary bases as Nolan Arenado, Mike Trout, or Willie Mays.  We lace up our skates like Nathan Mackinnon, cut off our sleeves like Rafael Nadal, and what we wouldn’t give to throw the ball, get the girl, and win it all, like Tom Brady.

COVID-19 has taught us plenty of tough lessons so far, and one is that our athletes, despite their age, physique, and wealth, are no more protected than you or me.  They may be super, but they are still human.

And yet, people continue to frequent bars, gather in crowds, avoid wearing masks, and spread the disease at an alarming rate.

With over eleven million cases worldwide, and more than half-a-million deaths, the question is not – Which of your favorite players will have to recover from COVID-19 next?  The question is – Which does not recover, and will that be enough to impact our behavior? 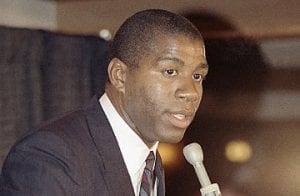 On November 7, 1991, Ervin “Magic” Johnson announced to the world that he would have to immediately retire from the game of basketball after testing positive for HIV.  The HIV/AIDS epidemic had been prevalent since a decade before, but socially, like COVID-19, it was assumed that the disease only affected the faceless others.  It was an awakening to all as apparently, our superhero was not superhuman after all.

I am hopeful that social distancing and masks can flatten curves, that vaccines will come, and human behavior will change in order to get the disease under control. I just hope we don’t need the tragedy of our heroes to get that change to happen sooner than later.

Alan Tapley
Alan Tapley is an educator, author, and blogger who has lived just outside of Boulder for the last twenty years.  His published work includes two novels, two children’s books, a series of cartoons in the Minneapolis Star-Tribune, and multiple sports related articles. His love for family and the state of Colorado is only matched by one thing, his passion for sports.  The first baseball game he ever attended was at Wrigley Field, before there were lights.  At the final Bronco game at the old Mile High, he allegedly cut out a piece of his seat in the South stands.  But regardless of being here for the Avalanche’s last Stanley Cup, the Rockies only World Series appearance, and all the Broncos’ Super Bowl Victories, his wife never fails to remind him that he wasn’t at the University of Colorado in 1990, like she was.  The year the Buffs football team won the National Championship.
Tagged: covid 19FC DallasFreddie FreemanJimmy JohnsonKevin DurantMagic JohnsonMike MaloneNikola JokicRudy GobertTommy Hottovy