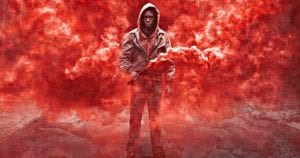 Do you know what drives me absolutely batty? When a movie doesn’t know what it wants to be. You’d think that would be reasonably easy to work out, right? Perhaps not, but let’s perform a thought experiment from a couple of angles.

Imagine you’re a screenwriter. A major studio hires you to pen the latest installment of their box-office dominating franchise. To do that, you need to figure out genre and tone. With genre, are you making a superhero movie? An action flick? A comedy? Science fiction? If you want to blend the genres, great. The Cabin in the Woods is ultimately a horror movie that has a great deal of humor blended in.

Now that you know what kind of story you’re telling, you need to work out how you’re going to tell it. Tim Burton’s Batman is firmly in the superhero genre, but the film feels gothic and brooding. Goldfinger and The Bourne Identity are both espionage movies, yet one has a lighter and jokier feel, while the other has a tone that’s self-serious and situationally aware. Tone is the color palette or lack thereof.

Sometimes, you’ll have filmmakers whose reach exceeds their grasp. When they know precisely the kind of thing they’re making, they create magic. That’s the problem with Rupert Wyatt. He’s a smart and talented director who made the excellent Rise of the Planet of the Apes and the criminally underseen prison drama The Escapist. His latest film is Captive State, and it pains me to tell you that it’s a mess. 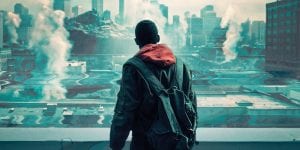 We’re unceremoniously dropped a few years into the future. Aliens have invaded. They are not a wave of rampaging xenomorphs killing indiscriminately; instead, with intellects vast and cool and unsympathetic,* these aliens have arrived to take our resources. What resources do they want, you might ask? We never find out. We do know that they kick our collective asses. How do they do that? With the exception of one scene early on, we never get a strong sense of their technical superiority. Regardless, humanity quickly surrenders, which is highly disappointing.

Ten years have passed, and onscreen text helpfully informs us that the aliens, now known as Legislators, have made changes. Specific parts of cities have been walled off and within these “closed zones” people dig tunnels under the watchful eyes of their alien overlords. Before we go any further, there are two points I need to make.

We’re introduced to Chicago resident Gabriel (Ashton Sanders), a young man working a job in a data-collection facility. His job is to upload data cards to an alien server. Why? Research, I suppose, but it also serves as an exposition device later on. He’s not a happy camper because his parents were turned into pink mist by the aliens years earlier, and his older brother Rafe (Jonathan Majors) was presumably killed in an uprising. You’ll notice I said “presumably.”

Gabriel’s dad was a cop. His partner was William Mulligan (John Goodman), and Mulligan has taken it upon himself to watch over Gabriel. That gets tricky, since Mulligan is also a member of the secret police, and he’s investigating a terrorist cell. For highly, highly convoluted reasons, Gabriel is reunited with Rafe. From there, we have three plots competing with each other for time. They are:

Captive State is incredibly frustrating, and one of the most frustrating things about it is you can see its potential. We have a film that’s an original idea, that wants to take the idea of alien occupation seriously, and that’s not a dopey Independence Day knock-off. We might have had a low-key classic on our hands that’s not an overblown pain in the ass.

Part of the problem is Wyatt’s direction, but it’s not all problematic. I liked the production design, and rather than everything feeling post-apocalyptic, there’s a sense that technology has slid backward by about 15 years. A scene where a phone call is transformed into a classified newspaper ad hiding a secret message is clever. Wyatt’s film doesn’t want to be a special effects extravaganza. He’s going for a focus on character and ideas. 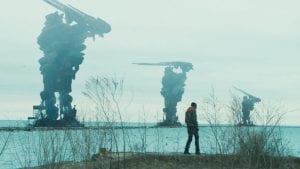 That’s great and all, but he’s made a film with an obnoxiously dour tone. I’m not saying we need a Marvel quip fest here by any means. What I am saying is that humor is a natural human emotion, one that pops up in even the darkest moments. Here, I think I might have seen one person smile briefly once. The tone is relentlessly grim. You would expect a movie about a band of freedom fighters to at least be kind of exciting occasionally, but the oppressive tone squeezed out all the energy. Speaking of darkness, you can tell that we have a lower-budgeted film on our hands. On the rare occasions when we kind of see the aliens, they are shrouded in shadow, which is an old trick used to hide dodgy FX.

The larger problem is the screenplay, written by Wyatt and Erica Beeney. Again, I’m trying to be positive, and I liked seeing the moving pieces of the resistance cell as they carried out their plan. The things that are missing from all of it are characterization and emotion. Other than Gabriel and Mulligan, none of the characters are interesting or distinguishable from one another. I learned nothing about a tweedy gentleman played by Alan Ruck, and the same can be said about a prostitute played by Vera Farmiga and a cop played by Kevin J. O’Connor. How do you take distinctive actors like that and place them in roles that are so gray?

How do the characters feel about everything, though? What this script sorely needed was moments where the characters are pushing the story based on what they want. We see plenty of processes with Mulligan conducting his investigation; does Mulligan feel guilty acting as Gestapo for the aliens? Resigned to it? Conflicted? Does Gabriel want to be a warrior like his brother? Does he want to rebuild? We don’t need grand speeches where the characters explain their motivations, but we do need to feel what the characters are feeling.

The cast has so little to work with that the majority of them feel like blank slates. I’m a sucker for John Goodman, and in the last few years, he’s done strong work in good genre films.*** As Mulligan, he’s downplaying everything so hard that I could only feel flickers of his conscience when I should have a strong sense of who he is.

Captive State wants to be a heist film, a procedural about people fighting back against an oppressive regime, a coming-of-age tale, a character study about who collaborates, who fights back, and how each justifies their actions. It wants to be all of that with aliens. The film never commits to what it wants to be, and instead of confidently moving in a single direction, it tries to move in five directions at the same time. I applaud Rupert Wyatt and his cast and crew for trying to make an original film with something to say. I just wish they hadn’t made a film with such a profound identity crisis.

*I would have preferred to give The War of the Worlds another read rather than seeing this film. I thought about that a lot.

**This annoyed me. Yes, I’m aware that this film is pushing hard for a tone of verisimilitude, and yes, I’m aware that if we were really invaded, we’d likely have no idea regarding any of the details of the aliens.

***For a fairly recent and outstanding Goodman performance, check out 10 Cloverfield Lane.

Tim Brennan
Tim has been alarmingly enthusiastic about movies ever since childhood. He grew up in Boulder and, foolishly, left Colorado to study Communications in Washington State. Making matters worse, he moved to Connecticut after meeting his too-good-for-him wife. Drawn by the Rockies and a mild climate, he triumphantly returned and settled down back in Boulder County. He's written numerous screenplays, loves hiking, and embarrassed himself in front of Samuel L. Jackson. True story.
Tagged: alan ruckashton sanderscaptive stateerica beeneyjohn goodmanjonathan majorskevin j o’connorrupert wyattvera farmiga