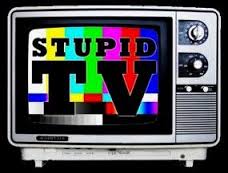 Television is a valuable source of information. We can get the weather forecast, see documentaries about subjects that are important to us, or learn how to cook at any hour of the day or night.  While having access all the time may be valuable, like anything else, too much of a good thing is not good.

The current 24-hour news cycle style of TV, creates a culture of fear that creates anxiety about the world in which we live. There is a perception in America that we live in a more dangerous time than ever.  The fact is, crime statistics show a decrease in crime since the 80s.  Now, however, we hear about crime and other bad news 24 hours a day.

Here are some ways that television is impacting your health:

While modern access to information can cause us problems, we can leverage its power to our own benefit. Instead of passively watching television, consider using it as a tool for self-improvement.  There are apps, television shows, websites and more dedicated to your health –  guided imagery, deep breathing, self-hypnosis, and sound and sleep therapy.

Like anything in this world, television is moderation is not a bad thing. As they say in the beer commercials, “Enjoy responsibly”.