Home » Blog » Movies » This Movie Will Freak Out Your Grandparents

This Movie Will Freak Out Your Grandparents 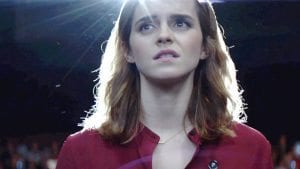 I know all of you who clicked on this link are desperate to know about my morning routine leading up to the writing of this review. Happy to oblige!

I got out of bed wearing 1 pair of red moose-print pajama bottoms and 1 Prefontaine t-shirt. Teeth were brushed thoroughly (47.2% of Americans suffer from periodontal disease!), and I gave my dog a brisk morning walk. Next, dog and cats were fed, I made breakfast for myself (Cheat day! Woo-hoo!), and checked Facebook (Friends bought a new home in Tacoma! Congratulations!) while I ate. I hung out a bit with my wife and son (Quality time is family time!) as I drank a cup of coffee. After that, the good old laptop was turned on, and…

That’s the landscape we’re living in, in this foul year of our Lord 2017. You’ve got to have a social media presence. On said social media presence, you should be smart, but not arrogant. Inquisitive, but not pushy. You need to really care about things, and be ready to regurgitate statistics and chirpy slogans proving that at a moment’s notice. More importantly than anything else, you need to share everything.  There’s no such thing as oversharing because oversharing implies irrelevant details, and there are no longer irrelevant details.

Lest you think I’m some cranky old Gen-X’er who’s going to rag on Millennials, that’s not my intent. I’m a fan of connectivity. I love being able to stay in touch with friends living out of the state or country. I love the vast wealth of information available to me, and how I can fall down a Wikipedia rabbit hole. But there should be limits. Connectivity is power, and power always depends on who’s wielding it and why. James Ponsoldt’s new film The Circle wants to be a cracking techno-thriller and ask those ethical questions. It kind of does the latter and not so much the former.

We meet Mae Holland (Emma Watson), a young woman working in a terrible customer service job.* She’s smart, curious, a little gullible, and painfully earnest, but she’s not exactly living up to her potential and she knows it. Her parents love her anyway, but they have their own problems. Her father Vinnie (Bill Paxton), has been diagnosed with multiple sclerosis, and her mother Bonnie (Glenne Headly) tries to put a brave face on the situation. The Holland family is on the lower end of the middle-class spectrum, and we see the seeds planted for their destruction.

Or maybe not. Annie (Karen Gillan) is an old friend of Mae’s, and she’s a high muckety-muck working for The Circle. What is The Circle, you might well ask? It’s a Google/Apple/Amazon-type of tech company with designs on connecting all facets of human life. Mae gets a job there through her connection to Annie. Before she knows it, she’s working in a gleaming campus surrounded by cultish coworkers. There’s an early scene where a couple of office drones pressure her to get involved with the company’s social networking sphere. It’s a moment that’s aggressively passive aggressive, and I adored it.

The founders of The Circle are Eamon Bailey (Tom Hanks) and Tom Stenton (Patton Oswalt). Eamon gives TED-style talks to the employees and throws around terms like “integration.” and “secrets are lies.” They love it. They love him. Eamon and Tom have taken notice of Mae, and she becomes the face of SeeChange, an Orwellian surveillance system created through millions of tiny, spherical cameras that can be installed virtually anywhere. She agrees to live her life fully “transparent,” in which her every movement is broadcast online. As a result, she narrates everything to her army of online followers, and we’re treated to a host of daffy comments responding to it all.

Is there more to The Circle than meets the eye? Mae meets Kalden (John Boyega), a talented and secretive developer who seems to think so. Her ex-boyfriend Mercer (Ellar Coltrane) is a committed Luddite, and he warns her about disappearing down the technological black hole. Will Mae be forced to confront the dark heart of social media omnipresence? Will she learn what Eamon’s endgame truly is?

No. Not really. Sorry.

The Circle wants to be an ethical thriller like the underrated film Changing Lanes. It has ideas it wants to wrestle with, fascinating ones, and it wants to merge that intellectualism with good old genre thrills. Yet right out of the gate, it’s crippled by a few enormous problems. One of the main ones is a terrible pairing between director and subject. Director James Ponsoldt, who made The End of the Tour and The Spectacular Now, is undeniably talented. He’s one of those filmmakers who specializes in stories about regular people in regular places, and he’s always able to catch relatable human details without condescending to his subjects. Above all, he’s low-key, and in this case, that’s not good. While he does a nice job of introducing us to the ridiculously menacing world of The Circle through Mae’s eyes, we should feel the tension inexorably ramping up as the film goes on. The best Ponsoldt can manage is a kind of unnerving simmer at times. This film demanded a filmmaker with strong visual flourishes and cutting wit. If it had been directed by someone like David Lynch, Paul Verhoeven, or David Fincher, we’d have something entertainingly depraved on our hands.

Ponsoldt also wrote the script, which was adapted from the 2013 novel by Dave Eggers. I’m ashamed to say I haven’t read the book just yet, so I don’t know if this problem stems from adaptation or source material. We don’t so much have characters here with vividly defined wants and fears. Instead, we have Characters like a Villain, his Henchman, an Endangered Friend, a Mysterious Mentor, Saintly Parents, and an exceptionally ill-defined Hero. I’m okay with archetypes, and with one glaring exception that we’ll get to, we’ve got a highly skilled cast that can take those well-known concepts and run with them in interesting directions. But we should always know who wants what, and motivations tend to either shift depending on the whims of the story or remain frustratingly opaque.

Like I said, the cast is mostly good. Despite a slightly dodgy accent and some noticeable stiffness, Emma Watson is a solid choice as the eager beaver Mae. While her character has virtually no internal consistency, Watson is up for basically anything, and I enjoyed her, particularly the scenes portraying her exhaustion with social media stardom. We have a couple of exceptionally well-cast villains, so that’s something. I dig Tom Hanks, but he’s played the avatar of Midwestern American decency slightly too often. In the past, we’ve seen him play against type a little as a troubled hit man in Road to Perdition and as a demonic Colonel Sanders in The Ladykillers.  Here, he takes that plainspoken decency and weaponizes it effectively. The same goes for comedian Patton Oswalt. He’s an actor of unappreciated talents, and as Tom, he exudes a steely menace. We’ve also got pros like John Boyega in a frustratingly underwritten role, and the late Bill Paxton in his final appearance.  Like Boyega, Paxton doesn’t have a hell of a lot to do, but his character suffering from MS is filled with empathetic humanity.

The one issue in the cast? That would be Ellar Coltrane as Mercer. You likely know Coltrane at the lead in Boyhood. Considering that film was made off and on during a 12-year span, you’d expect him to have more presence in front of the camera. Apparently not, because his Mercer is a collection of mumbles, shrugs, and sullen proclamations. Either Coltrane doesn’t have the skill to keep up with the rest of the cast, or he’s on a wildly different wavelength from everyone else and nobody noticed. Like Keanu Reeves in Much Ado About Nothing, Coltrane stands out like a buffalo during prom night.

The Circle is absolutely a failure, but it’s an interesting one. It’s a movie that asks thought-provoking questions. Is the internet, with its focus on social media connectivity, inevitably destroying our privacy? Are we obliged to share knowledge and experience for the good of humanity? Is the loss of privacy a worthy trade-off if the world can become united? While the first half of the film begins wrestling with these concepts, it fizzles in the second half with some truly murky moments of morality. Plus, it shies away from putting the “thrill” in “techno-thriller.” The end result is a film that needed to go big and crazy made by people committed to understatement.

*Is there any other kind?

Tim Brennan
Tim has been alarmingly enthusiastic about movies ever since childhood. He grew up in Boulder and, foolishly, left Colorado to study Communications in Washington State. Making matters worse, he moved to Connecticut after meeting his too-good-for-him wife. Drawn by the Rockies and a mild climate, he triumphantly returned and settled down back in Boulder County. He's written numerous screenplays, loves hiking, and embarrassed himself in front of Samuel L. Jackson. True story.
Tagged: bill paxtonellar coltraneemma watsonglenne headlyjames ponsoldtjohn boyegakaren gillanpatton oswaltthe circletom hanks