The Six Obstacles in Bringing College Football Back 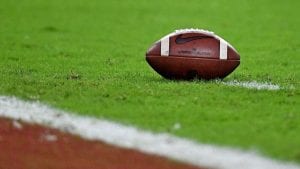 With the country trying to open back up after quarantine restrictions from COVID-19, one of the biggest questions in sports remains whether college football can open along with it.  With current restrictions that include group gatherings of ten or less people, social distancing of six feet, and mask requirements in most public areas, does the college football season have a chance of moving forward?

The answer is yes.  But in the state of Colorado, it will not be easy.  Some obstacles, and some solutions.

Next week’s article – How to properly tackle while practicing social distancing.

Alan Tapley
Alan Tapley is an educator, author, and blogger who has lived just outside of Boulder for the last twenty years.  His published work includes two novels, two children’s books, a series of cartoons in the Minneapolis Star-Tribune, and multiple sports related articles. His love for family and the state of Colorado is only matched by one thing, his passion for sports.  The first baseball game he ever attended was at Wrigley Field, before there were lights.  At the final Bronco game at the old Mile High, he allegedly cut out a piece of his seat in the South stands.  But regardless of being here for the Avalanche’s last Stanley Cup, the Rockies only World Series appearance, and all the Broncos’ Super Bowl Victories, his wife never fails to remind him that he wasn’t at the University of Colorado in 1990, like she was.  The year the Buffs football team won the National Championship.
Tagged: #NebraskaBoise Statecollege footballColorado State Universitycovid 19NCAAUniversity of Colorado BuffaloesWisconsinWyoming