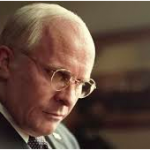 There are a lot of people extremely angry at Adam McKay’s new film Vice. It’s not surprising, considering the film a) is about some of the most well-known people in recent history and b) is political. If you’re reading this, you probably have an opinion about Vice-President Richard Cheney, whether you think he was a tough government operator who did what was necessary, or you think he was a major player in Hell’s demonic hierarchy. The political aspects make things even trickier. We’ve talked before about how at this moment in history, virtually everything is polarized. One of the problems... Read More