Inside the Kirkland Museum of Fine and Decorative Art 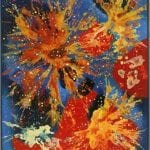 The Kirkland Museum began as a way to honor the late Vance Kirkland. As an artist and philanthropist, Kirkland was influential to many in the art community. After his passing, family friend Hugh Grant became executor of his estate and founded the museum in his memory. The original location opened on Pearl Street in 2003 sharing a building with Vance Kirkland’s studio and art school. In 2014 they moved to a new location on 12th and Bannock, with the studio and school following shortly after. The museum specializes in fine and decorative arts with an emphasis on Colorado artists. They have over... Read More