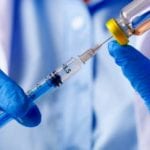 Scientists across universities have been given $130 million by the National Institute of Allergy and Infectious Diseases to create a universal flu shot, or a shot that attacks the recurring parts of the flu that go unchanged from year to year. This is great news, but it is expected that it will take at least 7 years to curate. According to the CDC, the 2017-2018 year was the worst flu year in over a decade, and the 2018-2019 season broke records, with the flu remaining active and elevated for over 21 weeks. This was despite the also record breaking 169 million vaccine doses given. This year’s... Read More