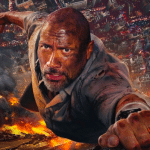 Die Hard is the greatest American action movie ever made. Released on July 12, 1988, there are an awful lot of reasons why it shouldn’t have worked. Casting the lead role of John McClane wasn’t easy. The studios really wanted either Al Pacino or Richard Gere, but neither was interested. Stallone passed on it. Schwarzenegger passed on it. Eastwood passed on it. Hell, even Frank Sinatra passed on it.* They had to settle for Bruce Willis, a motormouthed television actor. Weirder yet? Despite only being known for fairly obscure English TV, Alan Rickman landed the iconic role of archvillain Hans... Read More