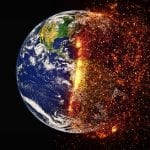 If you didn’t know the Amazon rainforest is on fire, you may be on a media diet or hiding under a rock. The Amazon rainforest, located in northwestern Brazil and extending into Colombia, Peru, and other South American countries, is the world’s largest tropical rainforest. It has been called the planet’s lungs because its vast forests release oxygen and store carbon dioxide. Some scientists say a better way to understand the Amazon’s role is as a sink, draining heat-trapping carbon dioxide (CO2) from the atmosphere. Currently, the world is emitting around 40 billion tons of CO2 into the... Read More

How Hemp Will Help Our World’s Health 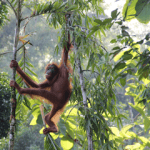 With the recent news about the Amazon rainforest fires, people are taking action to learn about what’s going on and find ways to help. The fires have risen nearly 83% since last year, and almost 73,000 fires have been reported across the rainforest. The destruction is reported to be the cause of deliberately set fires for the locals to clear land in order to meet the demand for animal agriculture. The land is deforested and cleared for animals or crops for animals to eat and accounts for 91% of the deforestation. There’s been a total of 136 million rainforest acres cleared for animal agriculture.... Read More