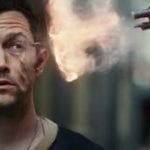 Project Power is streaming on Netflix Next to westerns, there’s no other genre that has the flexibility that superheroes have in terms of storytelling. You might think that your options are limited to an MCU snarkfest or the Snyder cut of Justice League, truly an edgelord’s delight. But there’s more to superheroes than that. A hell of a lot more. Consider Wild Cards. Originally a series of anthology novels, the premise focused on an alien virus released over the skies of New York City. 90 percent of those infected died. Nine percent lived and were known as Jokers, people afflicted with crippling... Read More