Cannabis Board for Hemp Regulation Launches in Boulder 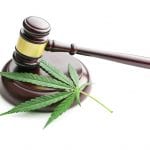 The Marijuana Licensing Authority was named in August of last year and was meant to handle licensing of marijuana products. However, the licensing is currently still being handled by Boulder city officials and the Licensing Authority is really only providing advisory recommendations, with the hopes to begin licensing later this year. This mixup in naming has caused the city, city council, and businesses a headache as it causes confusion over what the Authority can legally do, and Boulder City Council proposed a name change to the Cannabis Licensing and Advisory Board. This name helps clear up some... Read More