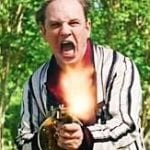 Sometimes the meaning of a life is revealed at the end of it. We’ve seen that in film for decades, and perhaps the best example of this is Citizen Kane.* After a meteoric rise and a life spent in journalism and the halls of power, Charles Foster Kane is moments away from death. He whispers, “Rosebud,” and as the film commences, we learn that all the power and prestige in the world is meaningless without love. A real life tends to be messier. Sometimes that’s problematic, and reality is jettisoned in favor of a narrative. The end result might look a bit like Braveheart, a cracking... Read More

The Review With the Unnecessarily Long Title 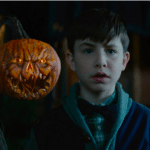 There’s this friend of mine — we’ll call her Polly — who absolutely despises horror movies. Can’t handle them. Not only does she see no artistic merit to them whatsoever, but she also doesn’t enjoy the cinematic experience of being scared. Those intense feelings toward horror cinema have been transferred to Polly’s oldest son. Not only does she refuse to let him watch scary movies, she won’t let him view content with even a hint of the macabre. Let’s be clear, I’m not suggesting she should gather the family around the TV for a double feature of The Exorcist and The Shining.... Read More