Japan Will Soon Have A Drug To Combat The Flu 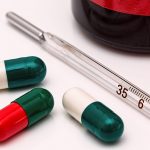 Last week, the Wall Street Journal reported that Japanese officials approved the single-dose drug, known as Xofluza, for use in that country. In a clinical trial, Japanese and American patients who took the drug when they had the flu saw the virus wiped out, on average, in 24 hours.  The drug will be available in Japan in time for next year’s flu season, but not in the U.S. until 2019. Currently Tamiflu is used widely for shortening the duration of the flu virus in America.  Xofluza works differently by inhibiting an enzyme the flu virus needs to replicate. The drug can work in 24 hours because... Read More