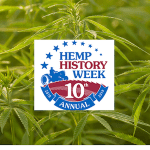 This weekend will be wrapping up the 10th Annual Hemp History Week, which is the largest campaign about hemp in the U.S. Taking place this year June 3-9, the campaign is supported by grassroots organizers, leaders in the industry, farmers, and advocates from all over the United States. Hemp History Week even has several celebrity endorsers who believe in the cause. These celebrities include people like Ziggy Marley, Jason Mraz, and Alicia Silverstone, but also celebrity doctors like Andrew Weil, M.D. Andrew Weil is an American physician and author, often described as a guru of holistic health and... Read More 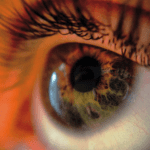 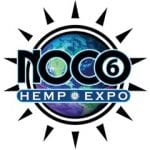 This year’s sixth annual NOCO Hemp Expo hit record numbers of attendees at its sold-out event in Denver, Colorado. Last weekend I was among over 10,000 people in attendance at the conference. Just like the hemp industry is growing rapidly, NOCO has grown into the world’s largest gathering of hemp industry professionals in the world—in only six years! The event has highlighted the many uses of hemp, from CBD products, to hemp building materials, to the agendas printed on hemp paper. The event provided education and workshops across the board. There was a special keynote address from Colorado’s... Read More 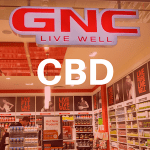 CVS recently announced it will start carrying hemp derived CBD products in 800 stores  throughout eight states across the country. This includes states like Colorado and California, but also more conservative states like Kentucky, Indiana, and Tennessee. The company plans to carry a line of CBD topical products made by Curaleaf. Within less than a week of the news, Walgreens made a similar entrance into the CBD market when they announced they will carry CBD topicals in almost 1,500 stores in several states. So why should GNC be stocking their shelves with CBD like CVS and Walgreens? In an interview... Read More 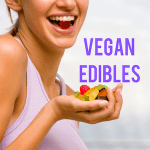 The demand is growing rapidly for vegan products around the world. These products are in high demand among consumers because of their cruelty free ingredients, eco-friendly production methods, and overall health and wellness properties. With this growing demand, industries all over the world are adding vegan options, including cannabis companies. Their product lines are expanding, and vegan options are more available across the market. Below are some of my favorite vegan cannabis edibles found in Colorado. 1.Wana If you Wana Enhance Your Life, Wana has several options to choose from. They have... Read More 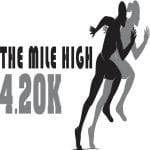 A mile higher. A mile healthier. That’s the slogan for the first ever 4.20K walk/run coming to the mile-high city on 4/20/2019. Denver is well known for having an overwhelming number of events catering to the cannabis lifestyle, and now there’s one specifically for athletes, fitness enthusiasts, and anyone looking to promote the health and wellness benefits of this remarkable plant. The event is designed to “raise awareness and promote a healthy lifestyle with cannabis for medicinal purposes; physically, mentally, and psychologically. Finding different ways to give back to the community without... Read More 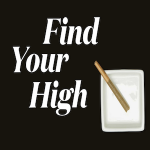 With cannabis legalization rapidly spreading across the world, the selection of products available are growing quickly. The numbers of consumers and products are growing, and deciding which products to consume with the desired effects and proper dosage can be overwhelming! Consumers now have a tool available to help clear the air of confusion. Cannabis can be complicated, but the Proper Cannabis Committee, a group of passionate experts, has been working to rate and review cannabis products for the past year! The Committee removes biases by testing product samples without any branding or packaging.... Read More 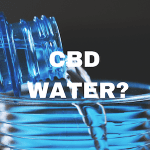 CBD has quickly become more mainstream, and with good reason. There are several positive research studies indicating CBD’s medicinal benefits for numerous health conditions. It has already been proven to work as a powerful anti-inflammatory medication without the harmful side of effects of common anti-inflammatory medications like ibuprofen. This is one reason several athletes are advocating for its use to help with injuries and even day to day inflammation from training or competition. With CBD spreading so fast across news headlines, several companies have capitalized on the craze and are offering... Read More 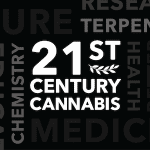 This past Wednesday in Denver I had the opportunity to speak on an educational panel about cannabis. The event was hosted by GoFire, a digital healthcare company specializing in medication management of alternative and plant-based medicines.  This was their first monthly educational series event and the topic was “Finding Comfort in Cannabis: A Newcomer’s Guide to Getting Out of the Weeds and Into the Full Spectrum.” It was the perfect opportunity for the canna-curious individuals to hear from educated and experienced panelists within the community. The event was emceed by Wes Donahoe with... Read More 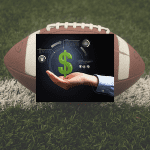 Athletes having been taking advantage of the natural healing properties of cannabis behind the sports scene for a very long time. With some sort of cannabis legalization being passed in over half of the United States, it’s no wonder athletes are starting to invest in the cannabis business. Several have saved money from time spent playing in the NFL, and they’re looking to prolong their retirement with wise investments. We’re currently in the Green Rush, and several former NFL players have announced they’re getting involved in the industry. Joe Montana Joe Montana, a Hall of Fame quarterback... Read More