We Need to Talk About Kal-El 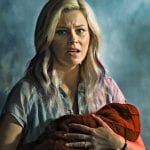 As a human being, I have the ability to hold two completely contradictory ideas in my noggin at the same time. The first idea is that I love superheroes. They’re part of a genre that’s remarkably malleable, and with a bit of creativity, you can tell virtually any kind of story with them. The second idea is that, if superheroes truly existed, they would be terrifying. Let’s talk about Batman, for example. In movies, comics, and other media, he’s a relentless crusader. A protector of the innocent. He’s a hero—one of the good guys. One of his defining attributes is that he always knows... Read More