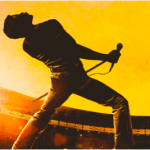 My neighbors Jennifer and Paul are absolutely delightful people. Our kids play together, and we’ve made it a point to hang out whenever possible. Paul is a ridiculously talented baker, and Jennifer quietly sabotages the Minnesota Nice caricature with her vicious sense of humor. They’re great…except for one teensy-weensy thing. A while back, we’re all having dinner together. As they’re from Minnesota, I’m asking questions about the state. Inevitably, the subject of Prince comes up. I mention to them that I’m a big fan of His Purple Majesty. With a sneer, Jennifer responds with,... Read More

In 1995, I saw The Usual Suspects in Denver. I was 20, a callow young punk, not even old enough to drink legally. Like most people that age, I was dumb as hell, not even smart enough to know how little I knew. However, walking out of The Usual Suspects, there were two things I knew for sure. It was an instantly iconic film and the guy who made it was one to watch. That guy was Bryan Singer, and for a while there, he made some genuinely interesting stuff. The Nazi-in-suburbia thriller Apt Pupil. Tom Cruise as a heroic German in Valkyrie. The Man of Steel as a creepy stalker in Superman... Read More