Dementia in the News 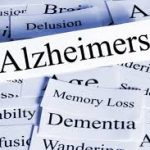 Last week the Alzheimer’s Association held its international conference in London.  As a result, news about the study of dementia was all over the media this week.  Dementia is defined as a chronic or persistent disorder of the mental processes caused by brain disease or injury and marked by memory disorders, personality changes, and impaired reasoning.  There are more than 3 million cases of dementia identified in the U.S. every year.  Here are four significant stories about dementia that were in the news this week: Dementia and Speech and Hearing Scientists have traced the roots of dementia... Read More