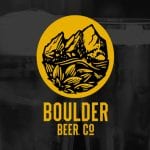 Colorado’s oldest craft brewery, Boulder Beer Company, recently celebrated its 40th anniversary. However, over the next two months, the company will be reducing the company by nearly 50%, laying off 21 of its employees and selling off its canning and bottling lines as well as the larger brewing tanks. Small craft breweries across the country have been forced to downsize or sell as competition for great beer becomes fierce. For example, another Boulder favorite, Avery Brewing, sold 70% of its business to Founders Brewing Co. this year. Sales of craft beer have also slowed over the last few... Read More