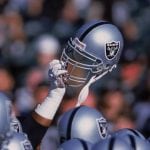 There are three unwritten laws that we live by in Colorado.  Avoid I-70 during peak ski weekends, don’t turn off your sprinkler system just because it snows a little early, and most importantly, always hate the Raiders. The rivalry goes back years, but the epicenter stems from the late seventies when the Oakland matched Kenny Stabler, Cliff Branch, and Fred Biletnikoff against Denver’s Orange Crush defense of Randy Gradishar, Tom Jackson, and Billy Thompson. The games were violent, nasty, physical matchups that often ended with blood on the field, and fights in the stands.  But as the years... Read More