A Wake Up Call 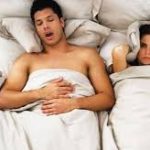 Actress Carrie Fisher’s cause of death was released this week and it was revealed that sleep apnea was a contributing factor to her death.  Sleep disorders, including sleep apnea, have become a significant health issue in the United States. It is estimated that 22 million Americans suffer from sleep apnea, with 80% of the cases of moderate and severe  sleep apnea undiagnosed.  Sleep apnea is a disorder characterized by pauses in breathing or periods of shallow breathing during sleep. Each pause can last from a few seconds to several minutes and can happen many times a night. Chronic sleep... Read More