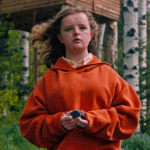 When Rick* and his wife Lisa checked the voicemail, there was nothing, only silence. Rick thought nothing of it, until getting a phone call later from his father-in-law. He said to Lisa, “I want you to talk to your mother.” Her mother had slurred speech, and she had no idea what day it was. They rushed over, and took Lisa’s mother to the ER. The tentative diagnosis was that she’d had a stroke. While she recovered, Rick and Lisa took it upon themselves to clean up their parents’ home. They found evidence of sizable hoarding. A couch covered with junkmail. Stacks of VHS tapes. Empty bottles,... Read More