Sports are Back! – Well, Almost

For a moment it was if sports were all the way back.  Large galleries followed golfers around Torrey Pines at the US Open, NBA playoff games were being played with crowds at full capacity, and UFC Fight Night was no longer at Fight Island off the coast of Dubai, but rather, Treasure Island off the Strip in Las Vegas.

At the Kentucky Derby thousands of fans cheered on their horse in most elegant hats, and at the Tour de France thousands more lined cobblestone streets.  Boisterous fans clamored behind home plate at the College World Series, and tennis officials were once again asked to quiet fans at the French Open.

As Olympic hopefuls dreamt of making it to Japan, and the Montreal Canadians dreamt of another Stanley Cup, it was if COVID-19 was finally gone, and the sports world had awoken from a terrible dream. 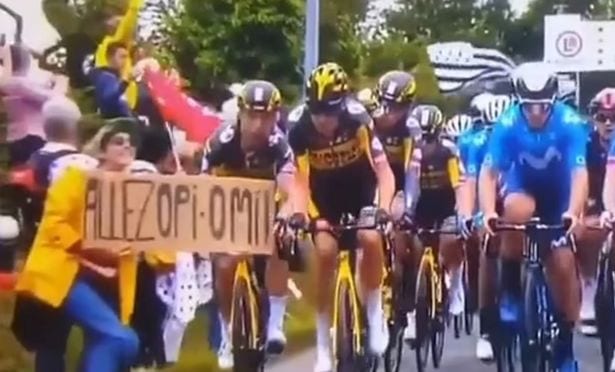 Alan Tapley
Alan Tapley is an educator, author, and blogger who has lived just outside of Boulder for the last twenty years.  His published work includes two novels, two children’s books, a series of cartoons in the Minneapolis Star-Tribune, and multiple sports related articles. His love for family and the state of Colorado is only matched by one thing, his passion for sports.  The first baseball game he ever attended was at Wrigley Field, before there were lights.  At the final Bronco game at the old Mile High, he allegedly cut out a piece of his seat in the South stands.  But regardless of being here for the Avalanche’s last Stanley Cup, the Rockies only World Series appearance, and all the Broncos’ Super Bowl Victories, his wife never fails to remind him that he wasn’t at the University of Colorado in 1990, like she was.  The year the Buffs football team won the National Championship.
Tagged: Aaron RodgersAlex CarusoBob BaffertChris PaulColorado RockiesDevin BookerNovak DjokovicOlympics