Repeal of the Affordable Care Act Affects Us All 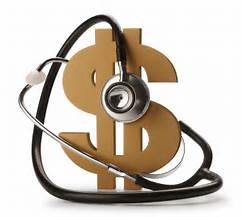 If you haven’t heard about the current Congress’ plans to repeal the Affordable Care Act, or Obamacare, you may have been hiding under a rock.  The Congressional Budget Office (CBO), a federal agency of the US government that provides budget and economic information to Congress, recently released a report outlining the anticipated consequences of repealing the law. If you think that repeal will not affect you, think again.

Those who have purchased individual insurance coverage on the exchange could see an increase in their premiums of 20% or more.  Because the current strategy is “repeal and delay,” the CBO believes that there will be even more cost increases once components of the law expire in about two years.  Premiums could be twice as high as they would be if the ACA remained in force.

Insurers would still be subject to requirements that they sell to anybody, regardless of pre-existing conditions, but there will no longer be a penalty for not having insurance.  That means that healthy individuals could decide not to have insurance.  If that happens,  the pool of insured Americans will be more unhealthy, and we will all pay higher costs to take care of the unhealthiest among us.  Because employer-provided insurance is generally a shared cost, employees will likely pay more of the cost of employer-provided insurance coverage.  Medicare recipients are also likely to see higher costs for premiums, deductibles and cost sharing, as those protections will likely be removed.  Medicaid expanded its program to low-income adults with incomes of up to 138% of the poverty line in states that opted to expand their Medicaid programs.  Thirty-one states have done so, adding nearly 17 million more people to insurance rolls. Those Americans will no longer be eligible for affordable healthcare.

The CBO’s estimates are based on the contents of a bill passed last year and vetoed by President Obama, so the outcome could vary depending on how the details of repeal and delay play out and what the replacement looks like.  The CBO is not the only entity assessing the cost of repeal. Urban Institute, a non-partisan think tank that carries out economic and social policy research, used a similar model to evaluate the effect of repeal and got similar results.

The CBO estimates that the cost to repeal the ACA is $137 billion.  The money to repeal has to come from somewhere and, in the end, the taxpayer will be footing the bill to repeal the Affordable Care Act. Ironic, that a law designed to make healthcare more affordable and available to all, will, in the end, cost us all much more and likely provide much less.

Andrea Groth
Andrea wants to live in a world where the neighborhoods are walkable, bike lanes are plentiful, and the food is fresh, delicious and readily available. A 20-year veteran of the health and wellness industry, she started her career in the fitness industry while earning a master’s degree in Exercise Science and Health Promotion, and then on to the burgeoning field of worksite wellness. Andrea has competed in collegiate level soccer, worked as a personal trainer, fitness instructor, wellness coach, and master trainer, climbed 14ers, and completed cycling centuries and metric centuries. All of these experiences give her the opportunity to view well-being from many different perspectives. When she’s not helping others to be their healthiest self, you can find her at a farm to table restaurant, down dogging at the yoga studio, or experiencing the Colorado landscape on a bicycle, snowshoes, cross country skis or on foot.
Tagged: About BoulderhealthinsuranceObamacare