QB Issues—Patience Is a Virtue 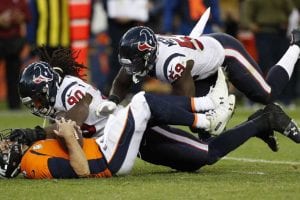 The quick fix rarely pays off long-term. John Elway and the Denver Broncos learned that the hard way when they overpaid for Case Keenum, reached on drafting Paxton Lynch, and underestimated the development of Trevor Siemian in the search to find the next franchise quarterback.

Whether it was strategy, naivety, or just plain fear, failing to select a quarterback such as Josh Allen, Josh Rosen, or Lamar Jackson in last year’s draft has left Denver with a huge void, and a huge opportunity. 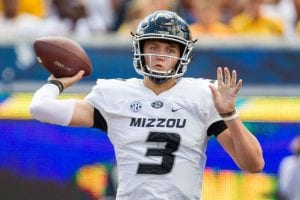 Mock drafts have the Broncos selecting Missouri’s Drew Lock in the 2019 NFL draft as the next “quick fix” to turn the franchise around, but instead, the answer is patience.

While the Broncos passed on a quarterback in the 2018 draft, struggling teams such as the Arizona Cardinals, Buffalo Bills, Cleveland Browns, and New York Jets all selected QBs hoping to fill necessary voids.

Pat Mahomes (KC) won the MVP in his first full season as a starter, Andrew Luck (IND) and Deshaun Watson (HOU) came back from injuries to light up the NFL, and players like Drew Brees (NO), Phillip Rivers (LAR), and Tom Brady (NE) simply continued to defy their age.

So, besides the Broncos, who still needs a quarterback? 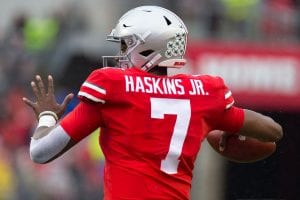 The Oakland Raiders and Tampa Bay Buccaneers have needs and high draft picks, but the Raiders don’t move to Las Vegas until 2020 and still have Derek Carr under contract, and Tampa Bay is still figuring out if Jameis Winston is the answer.  That leaves the probability that the New York Giants will take Ohio State’s Dwayne Haskins, and Miami Dolphins will select Kyler Murray in next month’s NFL draft.

Jacksonville needs a quarterback, and they could easily select a Drew Lock or Daniel Jones (Duke) to replace Blake Bartles.  But if the Jaguars believe they are still a playoff team, it’s more likely that they pay for an available free agent such as Nick Foles or Joe Flacco.

Washington is in bad shape as the future of Alex Smith is in question.  But the Redskins will probably go for a short-term fill like Teddy Bridgewater and wait for Smith to return in 2020.

So, while it may be time to find a replacement, or upgrade, for Andy Dalton (CIN), Matthew Stafford (DET), or Ben Rothlisberger (PIT), most teams are well-situated at the quarterback position. 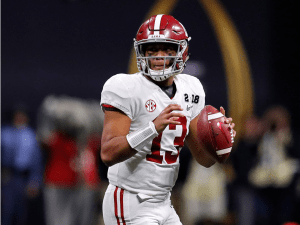 That leaves the Raiders, Broncos, and possibly Tampa Bay looking for a quarterback in the 2020 NFL draft—a draft that will most likely have Justin Herbert (Oregon) and Tua Tagovailoa (Alabama) going #1 and #2. Denver would be in great shape with either player, and it’s still possible that Tampa Bay sticks with Winston, and the Raiders stick with Carr.

Patience would allow other teams to sign Ryan Tannehill, or sign Foles, Flacco, Bridgewater, or whomever.  Denver suffers through another season with Keenum, drafts another offensive lineman or cornerback, wins five or six games, gets a top ten pick, and trades up (if they have to) to get their man.

And if the Las Vegas Raiders choose Herbert, and Tampa Bay grabs Tagovailoa?  We show more patience and draft another position player or two, survive another bad season with seasoned veteran at QB on a cheap two-year deal, and then we go all-in on Clemson’s Trevor Lawrence in 2021. 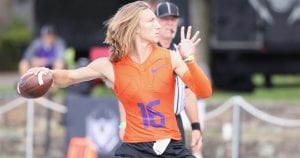 Alan Tapley
Alan Tapley is an educator, author, and blogger who has lived just outside of Boulder for the last twenty years.  His published work includes two novels, two children’s books, a series of cartoons in the Minneapolis Star-Tribune, and multiple sports related articles. His love for family and the state of Colorado is only matched by one thing, his passion for sports.  The first baseball game he ever attended was at Wrigley Field, before there were lights.  At the final Bronco game at the old Mile High, he allegedly cut out a piece of his seat in the South stands.  But regardless of being here for the Avalanche’s last Stanley Cup, the Rockies only World Series appearance, and all the Broncos’ Super Bowl Victories, his wife never fails to remind him that he wasn’t at the University of Colorado in 1990, like she was.  The year the Buffs football team won the National Championship.
Tagged: Case KeenumDenver BroncosDrew LockDwayne HaskinsJohn ElwayJustin HerbertKyler MurrayNFLNFL DraftTrevor LawrenceTua Tagovailoa