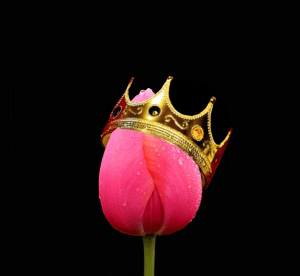 I, like everyone who is currently, or has ever been, an adolescent, am convinced that the world just doesn’t UNDERSTAND me. One of my main points of pique is that I am convinced that I have a reputation for being a rabid man-hater. The hurtful-truth part of this conviction is that it is not without merit and neither is the reputation. I will claim a nuance, though. I don’t hate *men.* Men are fun. They’re fun to talk to and flirt with, sometimes date and sleep with. I love the give-no-f***s boldness that men often display in greater portions than women. (Don’t get me started, though, on why this gender disparity exists.) Men are exciting. My two closest friends are unapologetic penis-owners. I don’t hate men…but, boy, do I hate the *patriarchy.*

Despite huge gains in the recognition by society that women are people, too, it’s still a tough world for womenfolk. When you list out the chronic affronts (the slow-motion injustice of the wage gap, the ugly horrors dragged into daylight by the #Me,Too movement; the myriad daily indignities of plucking, shaving and waxing; the fact that I’ll never be thin enough, my boobs will never be big enough, and my butt will never be small enough; and so on and so on), the world can seem inhospitable to women. I understand the impulse to circle the wagons and create a space where we don’t have shout to be heard and can speak without getting interrupted and nobody will ever mansplain to us about how the electoral college works.

Does such a utopia (uterus-topia?) exist? Why, yes, dear reader, it does. It exists right here in Denver. There are of course, many women’s clubs and social groups and charitable organizations for only women. But I don’t do that kind of 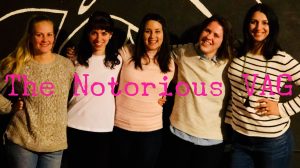 thing. I’m a performer, not a philanthropist. I’m talking about the Ladies’ Improv Jam. It’s hosted by the good women of Notorious VAG, a Grafenberg production, and it happens monthly (apropos!) at the Comedy RoomRoom in LoDo. 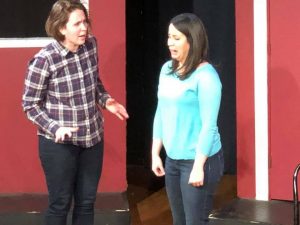 An improv jam is an event where people of all kinds who are not associated with any specific troupe or group can get together and play some improv with other people they wouldn’t ordinarily play with. It’s creative chaos and it’s fun beaucoup. Even better than that, at the Ladies’ Jam, it’s fun sans beaux. I’ve played improv for a long time now and generally had good experiences with men (with a few notable exceptions). It’s damn nice to play with just non-men, though. In an interview for this article, the ladies of notorious VAG agreed with me. Playing with only women has its advantages. “The scenes are more relationship-based,” said Margarita Archilla-Kohart. I know what she means. Men are bigger and louder and more apt to charge around the stage in Tarantino-worthy action sequences. Women tend to seek out the nerve of the relationship between the scene’s characters. It’s a very different vibe to the set. It’s not better or worse, but it’s certainly different.

These gracious ladies until recently graced the stage at the Deerpile, an overhead underground performance space above a coffee shop in Capitol Hill. The Deerpile sadly closed a few days ago (RIP, Deerpile. You were wonderful, and I loved you.) and the Jam is moving to the Comedy RoomRoom, housed in El Charrito bar on 21st and Larimer St. The RoomRoom boldly hosts unusual and fledgling acts and open mics as well as fully-developed shows. It’s a great mix for anyone who’s looking to dip their toes into the funnypool.

And the Jam at the Comedy RoomRoom is a great place for any lady who wants to give some comedy a try. I know from experience that being the one woman in the room can be intimidating. (I once did a standup show with a cast that 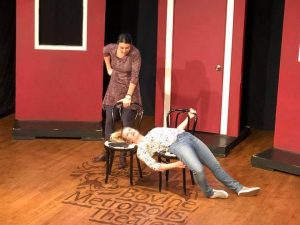 included only one other woman. The host introduced me as “The less-attractive female comedian here tonight.” It’s not a beauty contest, but still…Thanks a lot.) The Ladies’ Jam wants you to feel welcome and comfortable and empowered by ovarian support.

Of course, you don’t have to be a lady to come and check out a show put on by a cohort of talented females. You only have to identify as female if you want to play in the Jam. The Notorious VAG welcomes and encourages all genders to attend and enjoy.  And you totally should! The next Jam is on June 7. If you can’t get to that one, come to the one on July 5. Check out the show! Ladies, you won’t find a more supportive way to try some improv and meet other like-minded ladies. Gentlemen, you get to watch a stage full of lovely ladies being funny. Something for everyone! See you there!

Jessie Hanson
Jessie Hanson lives and works in Denver and couldn't be happier about it. Like the best-possible kind of Jekyl-and-Hyde scenario, she splits her life between science and storytelling. During the day, she performs clinical diagnostics and messes around with test tubes. At night, she performs behind the mic as a standup comedienne, in the air as a circus aerialist, and in rhinestones as burlesque dancer. She begrudges the hyper-inflated cost of a decent pair of false eyelashes. When she's not on stage, she sweating it out as an endurance athlete in triathlons and marathons across the West. She begrudges the hyper-inflated cost of a decent pair of running shoes. She's thrilled to be on board with OnDenver and writing about science, comedy, circus, athletics, and general fun on the Front Range!
Tagged: comedyEl CharritofemaleimprovjamNotorious VAG