Music Is The Best! 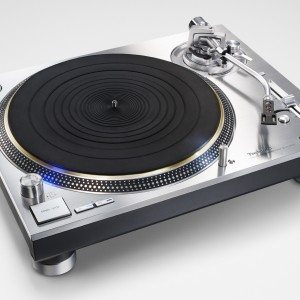 Hi, my name is Andy and I’ve been an addict my entire life. I just can’t seem to stop. The last time I listened was this morning. This is my music blog. This is my story.

What’s it all about? In a word, MUSIC…my first love and the thing that drives me forward every day in one way or another.

Who am I? I’m a record collector, a mobile disc jockey for over two decades, a life-long drummer, and music aficionado in general.

The first credit goes my Mom, Elizabeth, for getting me started collecting records. She handed down her 45s from Elvis Presley and The Big Bopper and the LP of “Meet The Beatles“. My Dad, Timothy, also influenced me with his tastes, including Abba, early Bee Gees, and Creedence Clearwater Revival, along with a huge box of reel-to-reel tapes he had recorded from the Armed Forces Network during his two tours of Vietnam. Thanks again, Mom and Dad, with special extra credit going to Carolyn, my wife, for putting up with my roomfuls of music. I’m really not trying to duplicate John Cusack’s apartment in “High Fidelity” although it may sometimes seem that way.

As a kid I absorbed absolutely everything I could lay my hands on and spent hours “playing” DJ in my bedroom and soaking up the rock and roll airwaves of the Hartford, Connecticut area. With no budget and no Internet available I was limited to the records we had around the house and those I acquired with my birthday money. I distinctly remember going shopping with my Grandmother one year and she told me she’d get me any album I wanted. I had been hearing “Let’s Go” by The Cars quite a bit and loved the tune, however the album it came from had a somewhat risqué “Vargas girl” painting on the cover that Grandma deemed too racy for someone of my age. We opted for a Doobie Brothers album instead. DJ Casey Kasem of “American Top 40” fame once pondered how the band got their name since none of them were either related or had the last name of “Doobie”. Hmmm…real head scratcher there, Casey.

After collecting for a couple years I got to the point where I had enough records and 8-track tapes to provide tunes for the pizza party we had on the last day of 6th grade at Pleasant Valley Elementary. I was allowed to bring in my (Dad’s) stereo and play tunes for people in the gym. The year was 1981. I know this because Kool & The Gang’s “Celebration” had recently worked its way into my playlist and was so popular I ended up playing it twice. Little did I know how many times I’d end up playing it as a wedding entertainer! Other current hits at the “dance” were from Pat Benatar, AC/DC, and REO Speedwagon, all of whom still seem to be touring.

Since 1999 I’ve owned my own mobile disc jockey business, Advantage Sound. Currently based in Denver, it’s a really fun way to help pay the bills but also a great excuse to, you guessed it, collect more music! Another part of the reason I love to spin tunes is that I kind of hate to dance. Trust me, I don’t need to see myself dancing to know how bad I look. I’d rather pick the tunes that pack the dance floor. Modern technology has made it easier than ever to carry thousands of songs wherever I go but there is still nothing like the sound of a good old needle dropping on a scratchy lead-in groove.

One of my very favorite things in the world is to get behind a drum kit and lay down some beats with a great band. I’ve played in working bands from New York City to San Francisco, ranging in styles from rock to country to funk to jazz. My latest project is very interesting and consists of the best group of musicians I’ve ever worked with. We have an album coming out later this month. But more about that next week…

Thanks for reading! I mean, in general…people just don’t take the time to read enough anymore. I appreciate you spending a few minutes with me. Now…what I am asking from you, Dear Reader, is recommendations on where to go for great music in Denver. What original bands have some gigs on the calendar and deserve some attention? I want to know. I want to discover them, write about them, and give them all the exposure they deserve. Contact me here, at On Denver, and I’ll get to work for YOU! 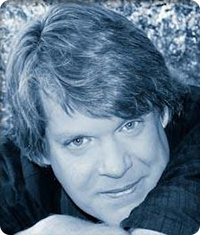 Andy Maroney
Andy has been a music lover from an early age, both as a fan and a performer. He is an avid record collector and owner of Advantage Sound, a mobile disc jockey company based in Denver. He can also be found around town playing drums with Wild Mountain, a six-piece band that plays a brand of Celtic-inspired bluegrass billed as "Rocky Mountain Greengrass". He enjoys bicycling the trails of Colorado and spending time with his wife and dog...usually in that order.
Tagged: artistsbandsColoradoDenver live musicrecordsreviewsvenuesvinyl