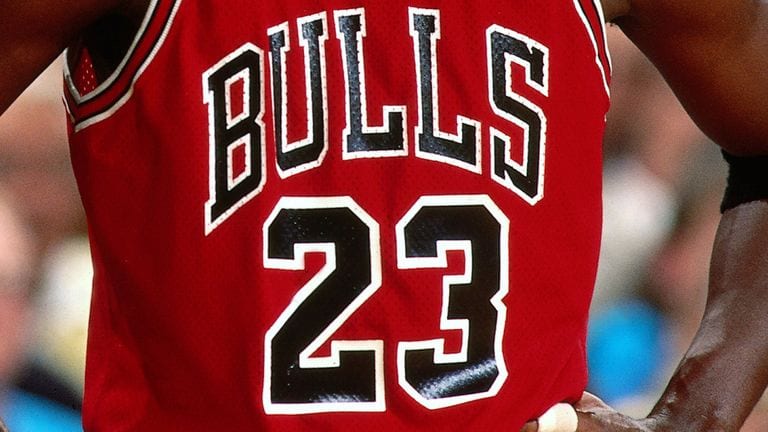 Sports and numbers have always been synonymous.  Mention the number 23 and one immediately thinks of Michael Jordan.  Ask any baseball fan what 406 means, and they will tell you that it was Ted Williams’ batting average in 1941, the last time a player hit over .400.  Bring up the number 11, and you will find the amount of NBA Championships won by Bill Russell.

Wilt Chamberlain once scored 100 points in a game, Joe DiMaggio had a 56-game hitting streak, and Roberto Clemente finished his career with exactly 3,000 hits before tragically dying in an airplane crash while delivering aid to earthquake victims in Nicaragua.

Sports and the number 2020?  Now that’s a different story. 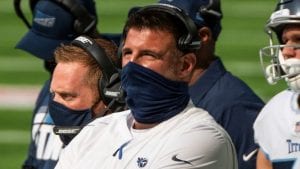 10 – The number of Titan football players that tested positive for the coronavirus over the past week, as well as the number of staff testing positive along with them, leading to the first cancelation of an NFL game due to COVID-19 this season.  This makes the cheesy pickup line, “You’re the only ten I see,” even more inappropriate than usual.

3 – The streak of games in which Dallas quarterback Dak Prescott has
thrown for over 450 yards, an NFL record. Unfortunately, the defense has given up 126 points in those three games as the Cowboys have only one victory to show for it.

18 – The ongoing streak of consecutive playoff losses by the Minnesota 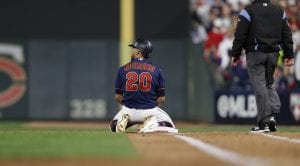 Twins after being swept in the Wildcard Playoff Series by the Houston Astros.  The last time the Twins won a playoff game was on October 5, 2004 when they shut out the New York Yankees in the first game of the divisional series.  To put that into perspective, the animated film Shark Tale was the top grossing film at the time.

9 – The number of quarterbacks that have started a game for the Denver Broncos since Peyton Manning retired after winning a Super Bowl back in 2016.  Drew Lock, Jeff Driskel, and Brett Rypien were numbers seven, eight, and nine after a rough start to the NFL season.  On a sidenote, the Broncos signed former first-round quarterback Blake Bortles to a contract two weeks ago.  Just saying. 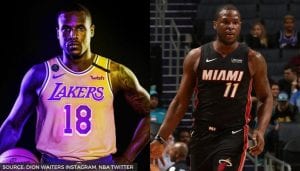 1 – The number of Championship rings that Dion Waiters will receive after the NBA Finals are concluded.  Karl Malone, Elgin Baylor, and Charles Barkley never won a title, but after Waiters was released by the Miami Heat earlier in the season and later picked up by the Los Angeles Lakers to add to their playoff roster, he gets a ring no matter who wins.

1.53.28 – The winning time of Preakness horse Swiss Skydiver, and the second-fastest time ever recorded since the Triple Crown race began back in 1873.  The fastest time was a 1.53.00 set back in 1973 by some horse named…Secretariat.

21 – The age difference between starting quarterbacks Tom Brady (43) and Justin Herbert (22), who happened to match up against each other on Sunday as Tampa Bay defeated the Chargers 38-31.  You’ll have to forgive Herbert if he doesn’t remember much about Tom Brady’s draft day back in June of 2000.  Herbert was probably distracted by the cake and balloons still hanging around from his second birthday.

1,000 – The estimated number of SMU fans kicked out of the student 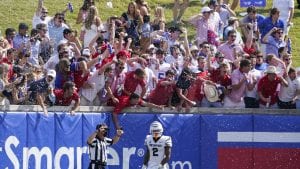 section at Saturday’s football game for failing to wear a mask, social distance, and follow safety protocol.  The entire student section was forced to leave the stadium during the first half of play after failing to comply despite multiple warnings from university officials and the SMU police department.  The Mustangs would go on to defeat Memphis, 30-27.

41.1 – The fairway percentage accuracy of Bryson DeChambeau’s drives at the US Open at Winged Foot.  The US Open winner showed that you or I could win a golf major by just keeping the ball in the fairway 4 times out of 10.  Now if we could just learn to hit the ball 325 yards.

.303 – The season ending batting average of Colorado Rockies outfielder Charlie Blackmon.  Hitting .300 is usually a good thing in the MLB, but after Blackmon started off the season hitting a blistering .500 (34 for 68) after the first 13 games, he failed to get as many hits for the remainder of the season (33 for 153).  At least the Rockies season is finally over.  If Blackmon had gone 0 for 3 the following day, he’d have hit .299. 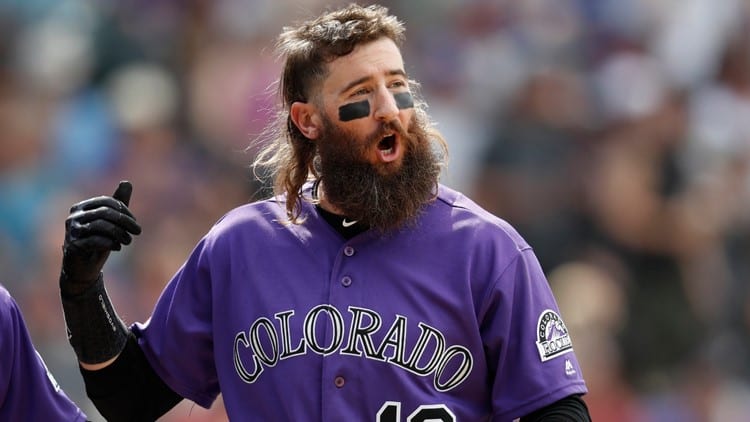