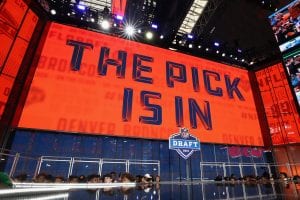 The 2020 NFL Draft was a little different this year to say the least.  Players sat at home on modest couches in comfortable clothing waiting for phone to ring. The Commissioner was booed as usual, but via Zoom versus the crazed fans that generally lament him in person. And the regular draft day commercials that often include beer, wings, and Ford F-150’s were replaced by all that is COVID-19.

But it was football.

The date was circled on my empty calendar weeks before, my life risked many days prior in order to stock up on alcohol, I sat in my favorite chair, wearing my favorite jersey, waiting for what seemed like eternity.

To be honest, I was just so happy to have real sports on television again that the names of the players selected were insignificant.  Denver selected wide receiver Jerry Jeudy in the first round, but they could have drafted Garett Bolles’ second cousin and I wouldn’t have cared.  It was real live football, and it was beautiful.  For the first time in over a month it felt like a normal day.  A great day.

Then John Elway drafted another wide receiver about 30 spots later, and I realized that the virus will be gone someday, stadiums will be filled again, but we will never get that pick back. 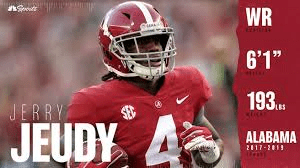 Round 1 (15) – Jerry Jeudy WR/Alabama  I would have liked to have seen an offensive tackle at this spot, but this was a no-brainer.  With all four of the top OL off the board the draft worked out perfectly for the Broncos as both Jeudy, and Oklahoma’s CeeDee Lamb were still available.  Denver wanted a wide receiver and the school that brought you Calvin Ridley, Amari Cooper, and Julio Jones came through. 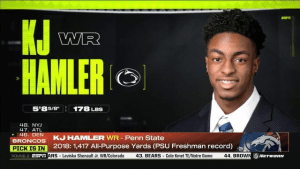 Round 2 (46) – KJ Hamler WR/Penn State  I get the concept of a slot receiver with 4.2 speed to add a third weapon to the mix, but Hamler dropped 12 balls last season and Denver could have used the upgrade in many other areas.  It’s nice to have weapons, but hard to throw to them if you’re on your back.

Round 3 (77) – Michael Ojemudia CB/Iowa  A good sized cornerback to go along with A.J. Bouye and the Vic Fangio system.  Not sure Iowa is known for defensive backs, but as long as they have film on Ojemudia versus Ohio State they should be good.

Round 3 (83) – Lloyd Cushenberry C/LSU – Actually the perfect pick here.  Cushenberry was considered the second best center in the draft, and New Orleans already grabbed Michigan’s Cesar Ruiz in the late first round.  Patience, an offensive lineman, a position of need, and a guy from LSU?  Elway should have tried this in the second round.  Or the last three years for that matter. 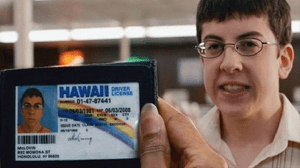 Round 3 (95) – McTelvin Agim DL/Arkansas – I’m calling him McLovin, because I’m loving this pick.  This dude is a beast that started off as a defensive end then eventually moved to the inside.  Five-star recruit out of high school that will get a lot of playing time with Derek Wolfe off to Baltimore. 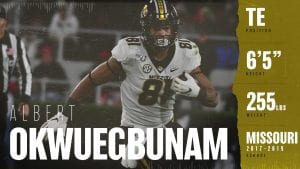 Round 4 (118) – Albert Okwuegbunam TE/Missouri  I’m calling him Albert for obvious reasons.  It makes total sense to grab an athletic, speedy, and talented pass-catching tight end that has chemistry with Drew Lock.  The only issue that I have is that WE DRAFTED HIM LAST YEAR!  If we are calling Albert a backup tight end that can maybe play some special teams, fine.  But if we plan on doing any Two-Tight End sets with neither having blocking skills, we’re screwed.

Round 5 (178) Justin Strnad – LB/Wake Forest  A fifth-round linebacker with good speed out of Wake Forest?  Sounds like Denver is looking for help on special teams. 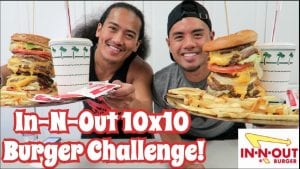 Round 6 (181) Netane Muti – G/Fresno State  If you’re looking to take a flier on a potential offensive lineman, this guy fits the bill.  At the combine, Muti did 44 reps of 225 and apparently once finished off a 10×10 at In-N-Out.  If healthy, this guy could be great.  If injured as usual, it’s back to In-N-Out with that signing bonus. 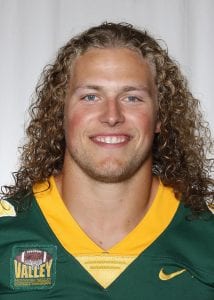 Round 7 (252) Tyrie Cleveland WR/Florida and Derrek Tuszka LB/North Dakota State (254)  An underachieving talent from Florida, and the best player at a school that plays in the FCS (Football Championship Subdivision).  Sounds like seventh rounders to me.

Overall Grade B-  The Broncos filled some holes at the receiver and center position, but with all those shiny toys, a questionable offensive line, and a second-year quarterback, we look a little more like the Cleveland Browns than the Kansas City Chiefs.